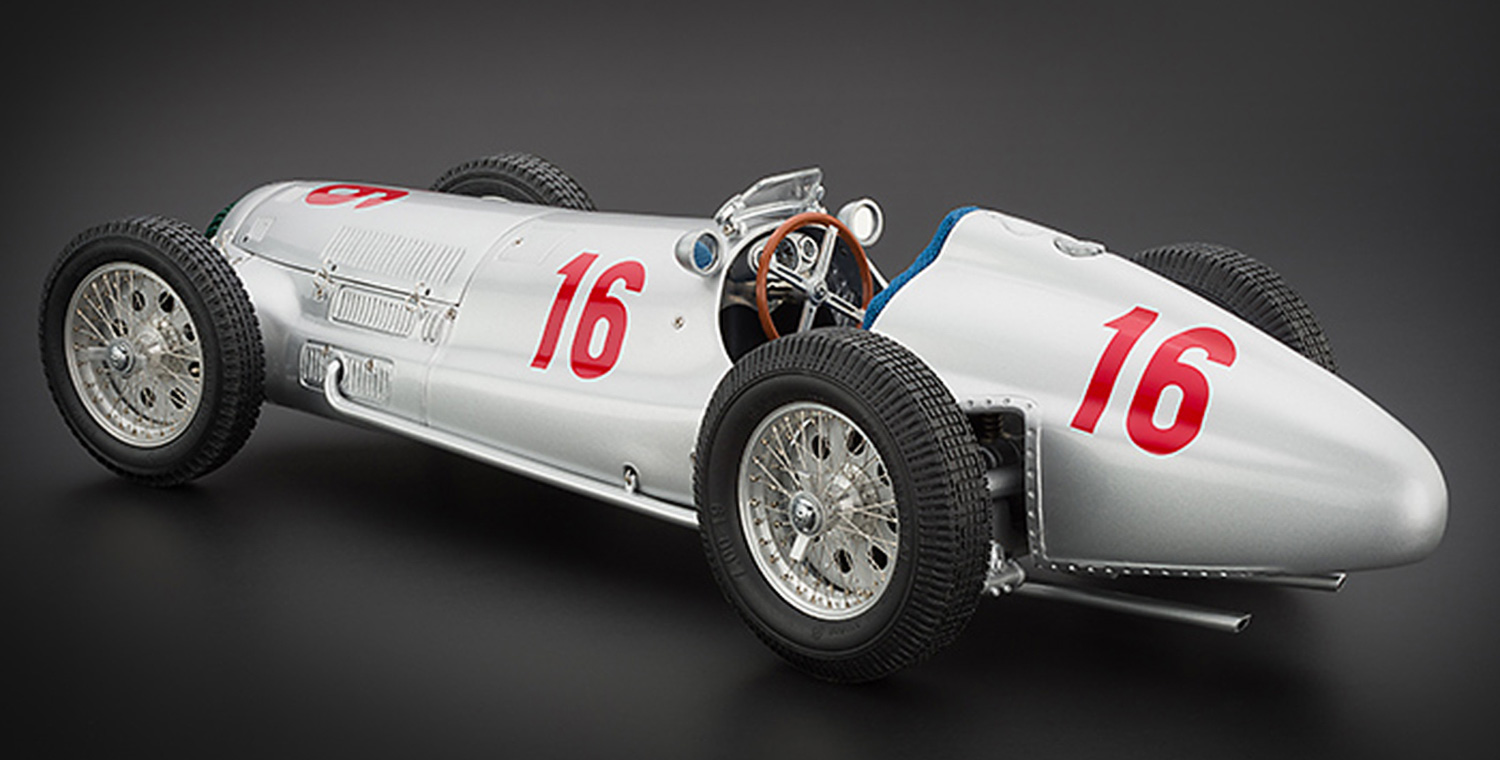 July 24, 1938 should go down as the greatest day in the racing career of Richard “Dick“ Seaman. His victory at the German Grand Prix made him the rising star of the year, overshadowing his usually more successfull teammates, Rudolf Caracciola, Manfred von Brauchitsch and Hermann Lang on this day.

CMC proudly presents to you an authentic replica of his victorious car with starting number 16.

In 1938 a new racing formula was introduced, limiting the engine displacement of supercharged race cars to 3 liters. This rule change redefined the direction of motor sport racing for the succeeding years.

Mercedes-Benz developed an entirely new 485 hp V-12 engine for the W 154. A 5-speed transmission was added and mounted directly on the de Dion rear axle. One fuel tank was in the rear, and a second tank was in the cockpit, above the driver’s legs. In this car, the Daimler-Benz team of Caracciola, Lang, von Brauchitsch, and Seaman gained one victory after another.

Born in 1913, Richard “Dick” Seaman was one of the most talented race drivers during the Pre-WWII era. It so happened that Mercedes-Benz was also hungry for victories. So in 1937, Alfred Neubauer, head of the Mercedes racing department, signed him on to become the 4th official Mercedes race driver beside Carraciola, von Brauchitsch and Lang.

Dick Seaman carried the day on July 24th, 1938. It was at the famous Nürburgring that the German Grand Prix unfolded before the eyes of approximately 350,000 spectators. After a highly dramatic race, Dick Seaman won the Grand Prix in his Mercedes-Benz W154. The winning car that wore starting number 16 had a distinctive feature: Its radiator grille was painted green. This enabled people to know from afar who was driving the car. Dick Seaman won a well-deserved victory, thanks to his extraordinary driving skills and the special way that he handled his car.

About one year later, the 1939 GP of Spa took place. Once again, the well-liked young Seaman was in the lead. But in the midst of a pouring rain, he lost control of his car and died in a fatal car-crash.