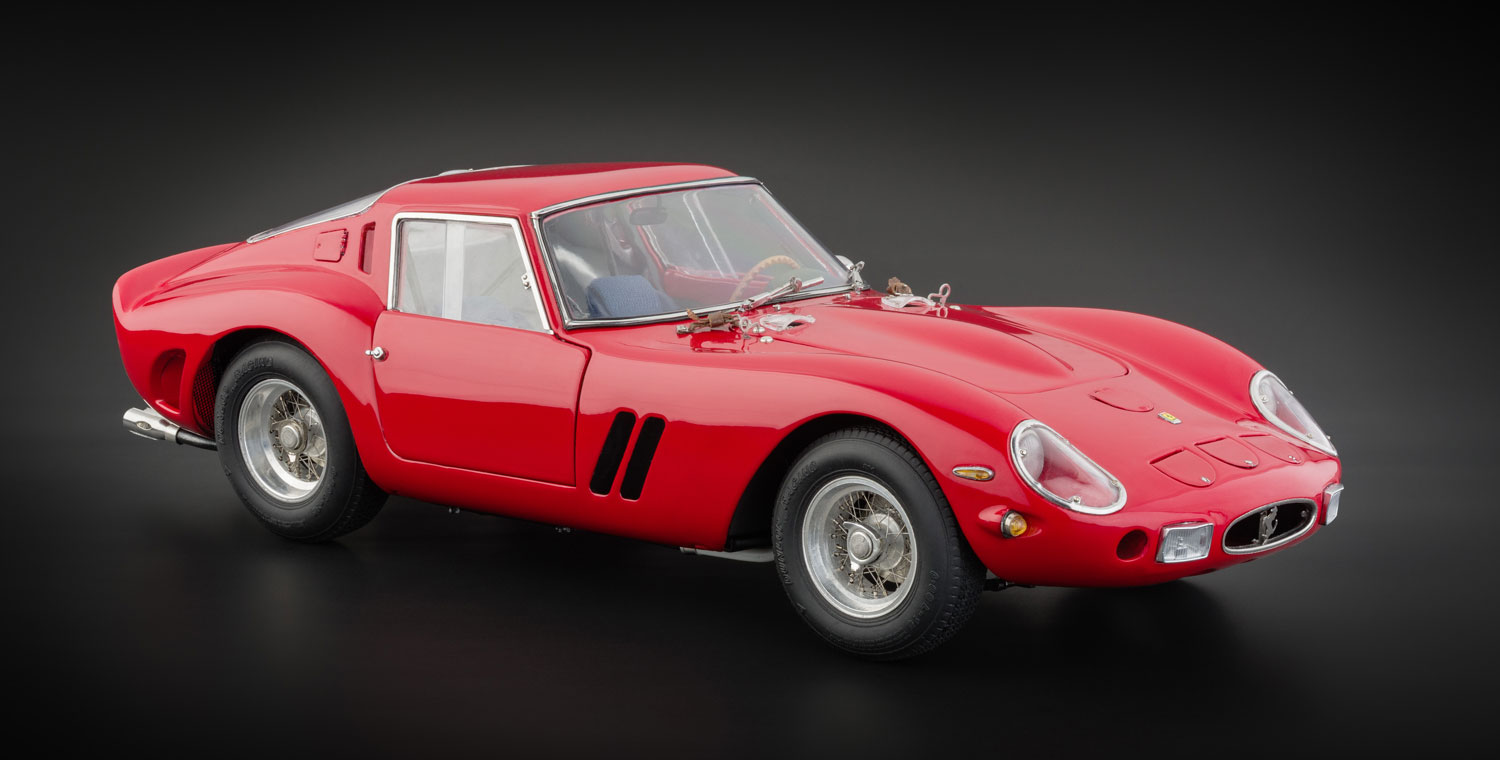 No other Ferrari has exerted such a fascination as the 250 GTO from the 1960’s. With its advent, an awe-inspiring classic was born. Owing to its sporting achievements and profound elegance, the 250 GTO is virtually on everyone’s lips as if it were a cult car in the world today.

In March 1961, people at Ferrari were getting nervous. This was due to the imminent introduction of a new Jaguar E-Type at the Geneva Motor Show. The car was seen as a serious competitor, and Ferrari was very concerned about its supremacy in motor racing. Enzo Ferrari acted immediately, and he commissioned Giotto Bizzarrini to design a new GT-class car. Bizzarrini decided to work with the 250GT/SWB, a model that had proved its worth against tough tests. It was quite clear that little change, if any, was going to be made of the chassis, while the wheelbase would remain the same at 2,400 mm. Major modification that ensued involved the rear-axle, body aerodynamics, and center of gravity. In addition, an improved gear train was provided.

The car obtained homologation with the new type designation of 250 GTO, where “O” stands for the Italian word “omologate” (homologated, certified). But because of a widely-known “internal coup” against Enzo Ferrari, several GTO designers, including Bizzarrini, had to leave the company.
He was succeeded by Mauro Foghieri, who set to work together with the coachbuilder Sergio Scaglietti and completed the development project. The new GTO boasted a stunningly beautiful body, and it was presented to the international press at Maranello in February 1962.

The racing debut of the GTO was at the 12 Hours of Sebring 1962 in the USA. Its driving duo Phil Hill and Olivier Gendebien won the GT-class and finished 2nd overall. From then on, the winning streak continued; Ferrari clinched the constructors’ championship in 1962, 1963 and 1964 consecutively. A total of 39 GTO vehicles were built, including three equipped with a 4-liter engine. Welcome to a 250 GTO replica featuring CMC’s absolutely extraordinary craftsmanship. You have the option to choose between the silver, yellow, blue and red finishes according to your own preference.