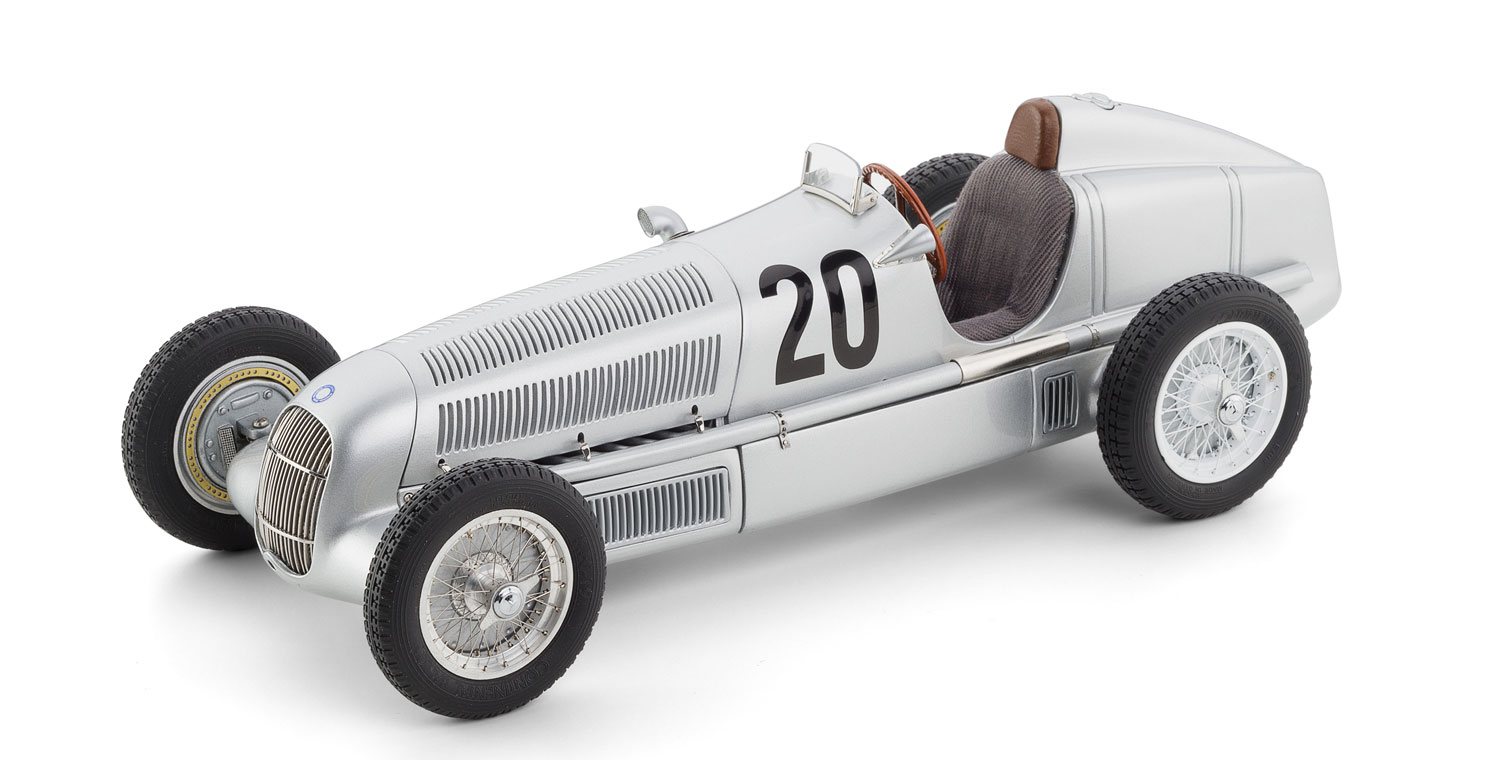 Daimler-Benz´ re-entry into the Grand-Prix sports took place in 1934.  Manfred von Brauchitsch participated with the completely new developed Mercedes W 25A in June 1934 at the Nürburgring for the first time. Straightaway this car was able to win the international Eifel race which became known as the birthplace of the “Silver Arrows”. CMC recreated the victorious car with starting number 20 as an extraordinary collectors item in every detail.

After several years of absence, Daimler-Benz decided a comeback to the Grand Prix races in 1934, aspiring to put its brand back into the public spotlight once again. A new Grand Prix regulation, however, was being enforced that allowed only cars weighting 750 kg or less to participate. Mercedes’ answer to the regulation change was the type W 25. It was a sleek and aerodynamically-shaped car with an overhanging headrest and a sidewise-installed exhaust manifold.

The first true test for the W 25 came at the Eifel race, which took place at the famous Nürburgring on June 3rd, 1934. Unfortunately Mercedes found its regular pilot, Rudolf Caracciola, not fully recovered from injuries sustained prior to the race. As a result, the young daredevil, Manfred von Brauchitsch was given the chance to prove himself. Before the race started, however, Mercedes encountered a serious problem at the car approval office. The W 25s weighed 1 kg too heavy according to the new regulations. Legend says that to reduce the weight, the team worked overnight to sand off all the white paint, thus revealing the shiny aluminum body underneath. This new appearance and subsequent success of the car gave rise to the legend of the “Silver Arrows”.

With starting number 20, Manfred von Brauchitsch crossed the finish line as the victor of a thrilling race. Hans Stuck came 2nd on an Auto Union, whereas Louis Chiron finished 3rd on an Alfa Romeo.

Supermodel of the year 2003
Awarded by: Magazine "Modellfahrzeug"
All awards »