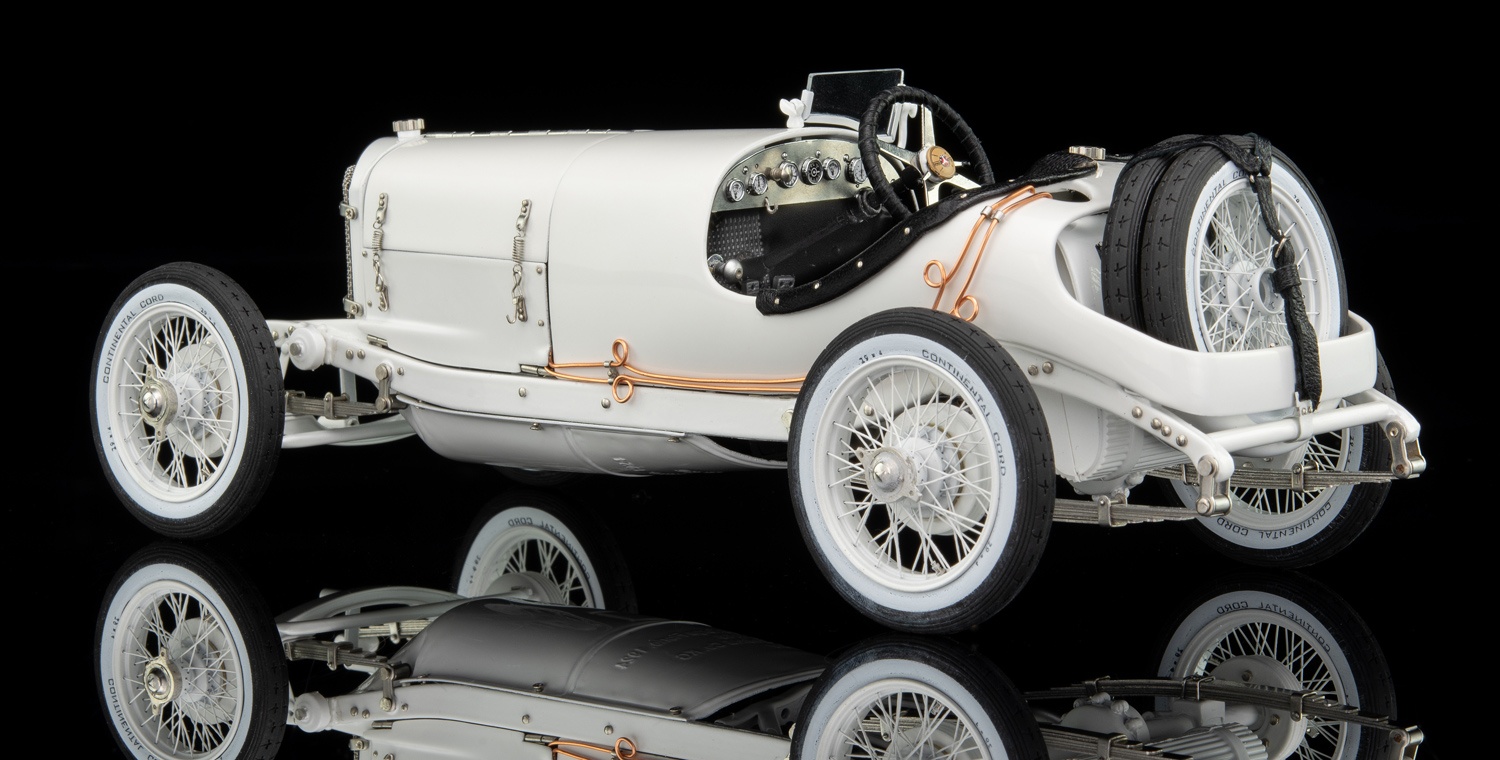 Shortly before the start the german race cars that according to the FIA specifications until 1970 had normally to be painted in white were repainted in red- with this trick Mercedes could successfully prevent that the vehicles were thrown at the many local crossings in Sicily by Italian fans with stones. Only with this trick was it possible to win the double victory.

Also at CMC, we decided at the last minute to repaint one of the models, the M-206. So this will not be delivered as previously planned in red but in white, as it was also thought by Mercedes initially.

On this historically unique basis, we have adapted the vehicles. So they have outside gasoline pipes and, most importantly, on the new knowledge following, correct narrow racing tires. Also today we are sure that the vehicles were carrying two spare wheels at the rear and considered this accordingly.