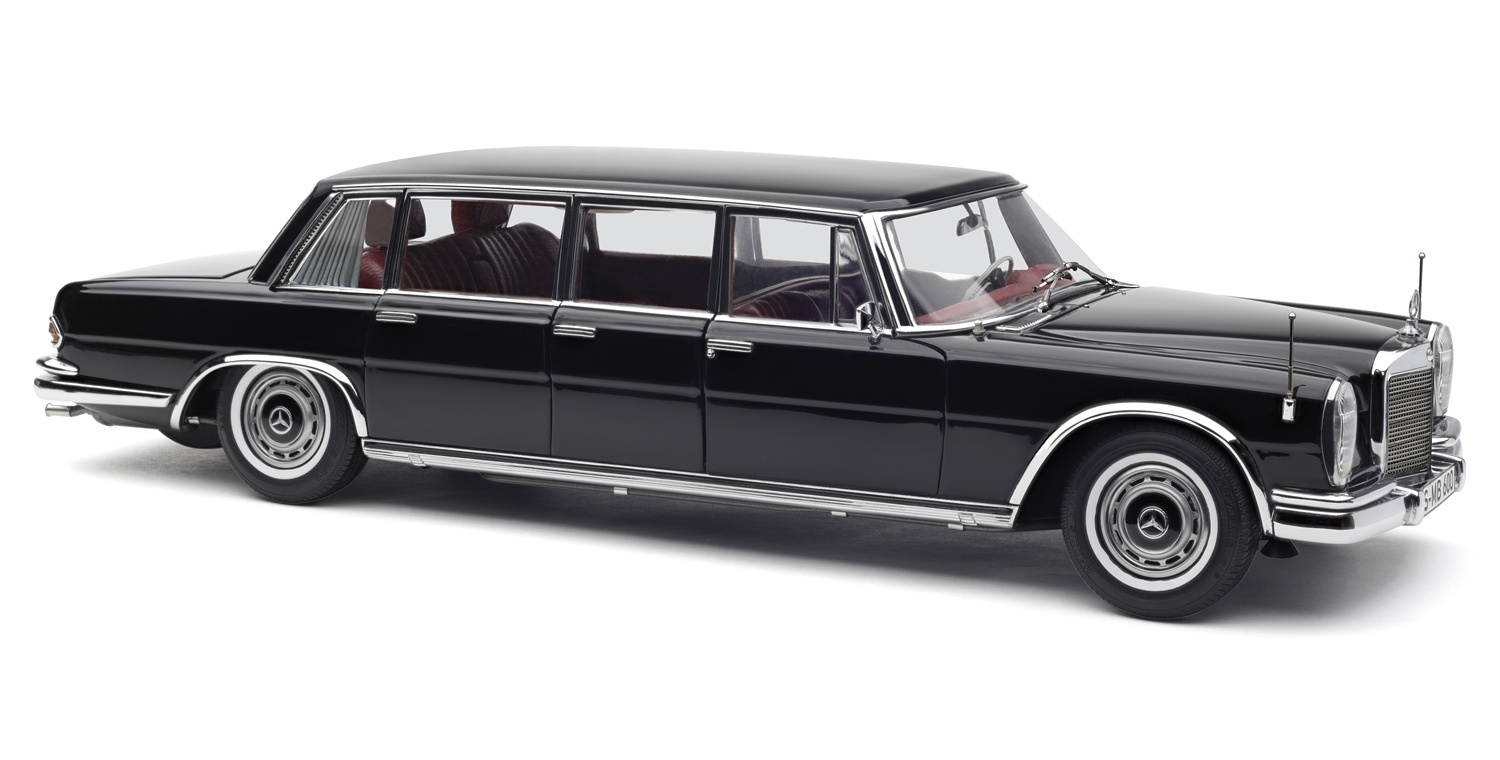 In addition to state-sponsored use, international celebrities in politics, business, aristocracy and show business also chose to own and ride in a Mercedes-Benz 600 proudly. The “Big Mercedes” debuted at the Internationale Automobil-Austellung (IAA) in Frankfurt in September 1963. Several editions were offered, including Pullman Limousine, Pullman Sedan and Pullman Landaulet.

The comfort of the vehicles was enhanced by air suspension, a comprehensive hydraulic servo system, an electrically adjustable heating and ventilation system, air conditioning, hydraulically adjustable seats, hydraulic windows and sunroofs. As for the interior decorations, the customer could choose between different precious-wood finishes and the finest velor or leather for interior coverage. There was also a bar in the rear with a fridge, car phone and a retractable partition.
With this luxury car, Daimler-Benz created a resounding buzz among the international elete, and for decades, the 600 Pullman was a benchmark that stood in a class of its own.

Model of the year 2019
Awarded by: Mercedes-Benz Modell Club
All awards »