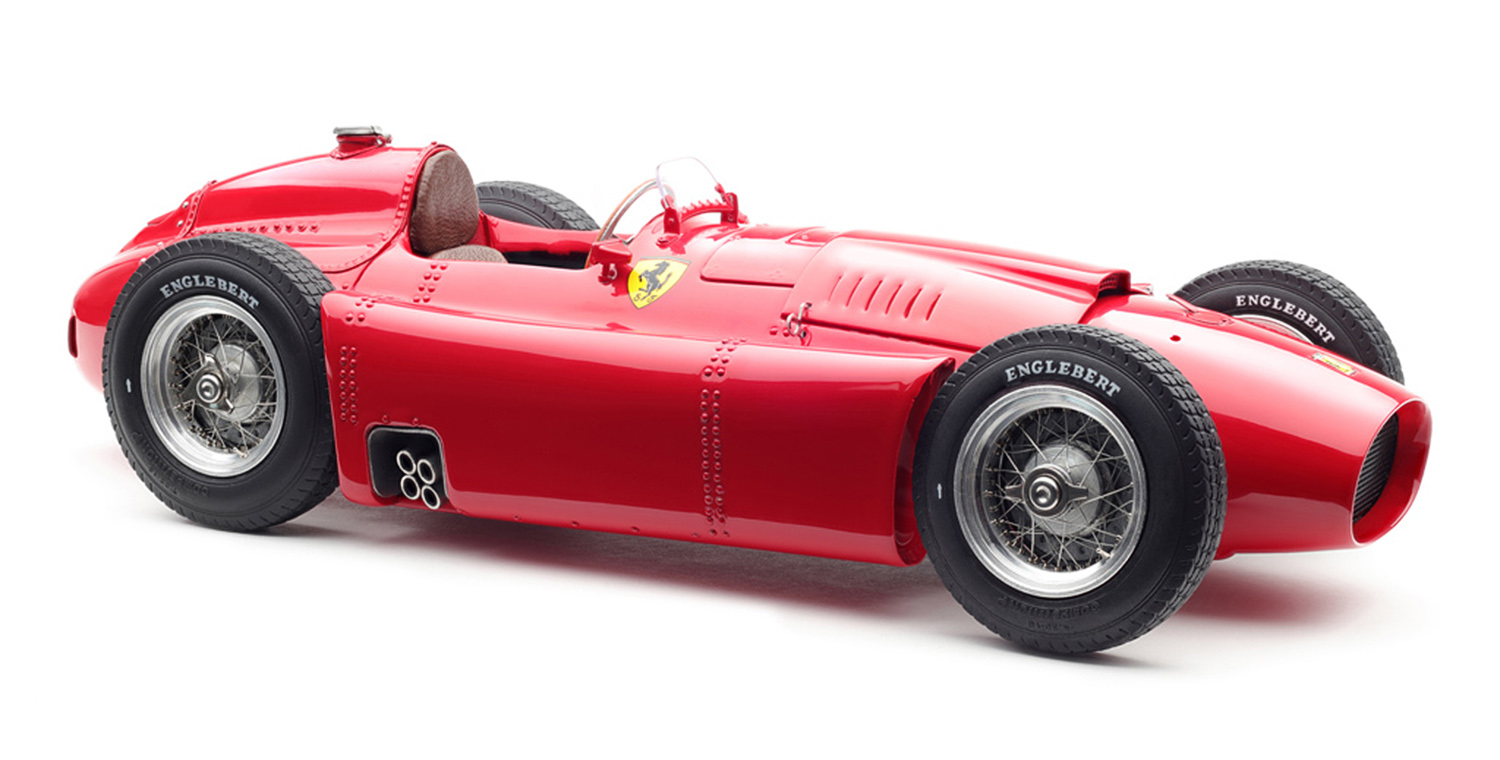 After taking over the D50 project from Lancia, Enzo Ferrari was busy turning the newly-acquired Grand Prix racer into a “trump card,” and Scuderia Ferrari was heading for a very successful season in 1956. You are looking at a standard version of the newly-renovated Ferrari D50 with a short nose. CMC will also offer a long-nose version that prevailed at the 1956 German Grand Prix held on the Nürburgring.

Back to Fame and Glory

The tragic loss of Ascari shortly after the 1955 Monaco GP meant, besides exposure to a rapidly worsening finance, an early end to the ambitious F1 project of Scuderia Lancia with its D50’s. It also marked the end of Gianni Lancia’s dream to stay competitive, if not victorious, in the highest form of motorsports.

On July 26, 1955, there was a hand-over of the D50 blueprints, tooling, manufacturing equipments, and lots of parts from Lancia to its most covetous competitor, Scuderia Ferrari.

Ferrari introduced an overhaul of the D50. It brimmed with brilliant renovations, hence putting the new D50 on a path of destiny towards triumph.

Here are the most important improvements:

Eventually with a total of five Grand Prix victories to his credit, Juan Manuel Fangio was able to finish the 1956 season by clinching his fourth Drivers’ World Championship.