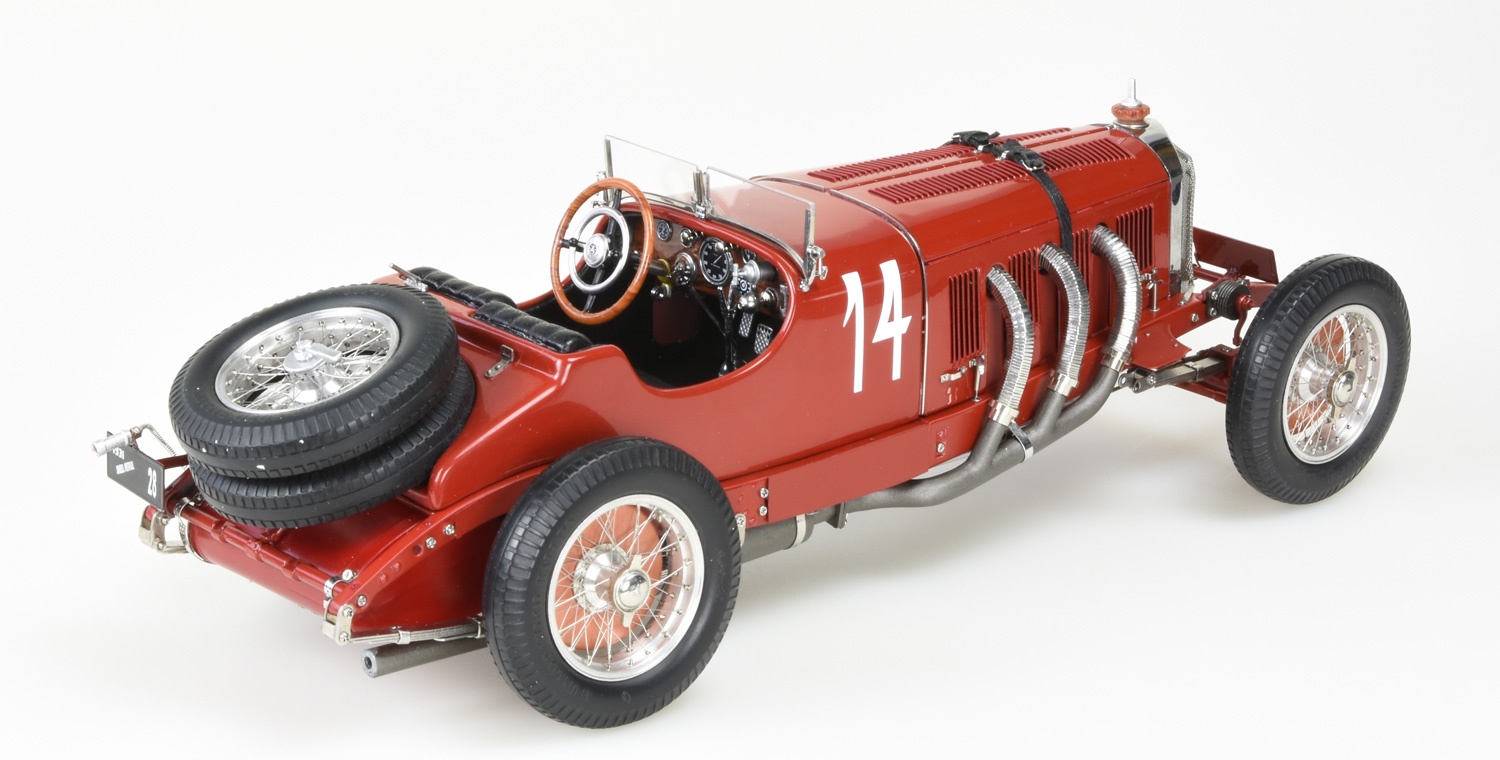 Includes 16% VAT / Mwst.
Es fallen evtl. Versand­kosten an additional shipping costs may apply
Dieses Produkt ist aktuell nicht verfügbar! In unserem Shop-System können Sie jedoch das Produkt vorbestellen. Sie bezahlen erst, wenn das Produkt verfügbar ist und werden per E-Mail von uns informiert. This product is currently not available, but you can pre-order it here. When the product will become available, we will inform you by e-mail and you have to make the payment only then.
Request for item via Email or telephone: +49 711 440 07990
Item no. M-207 Categories: All Products, CMC Mercedes-Benz, Models 1/18, New Items 2020

The Mercedes-Benz supercharged sports car models of the types S/SS/SSK/SSKL were used at all kinds of world-famous racing events between 1927 and 1933, such as Grand Prix contests, long-distance or endurance races, and mountain climbs. They were known as “invincible monsters” or by the affectionate nickname “white elephant.”

The abbreviation system S/SS/SSK/SSKL (Super-Sport-Short-Light, a coinage added after 1931) was adopted by Mercedes-Benz to designate the individual stages of developing its sports cars, each equipped with a robust 7.1 liter inline six-cylinder supercharged engine. A long list of famous pilots was closely associated with these powerful machines, and among them were Rudolf Caracciola, Manfred von Branchitsch, Hans Stuck, Carlos Zatuszek and Bernd Rosemeyer.

The SSK and SSKL types constituted a highlight of the legendary S-series that has exerted a continuing impact on the Mercedes-Benz marque. One may say, some cars belong to yesterday as much as they belong to today in that they are virtually timeless. We would like to feature such a car, a red SSK without fenders, for 2019.