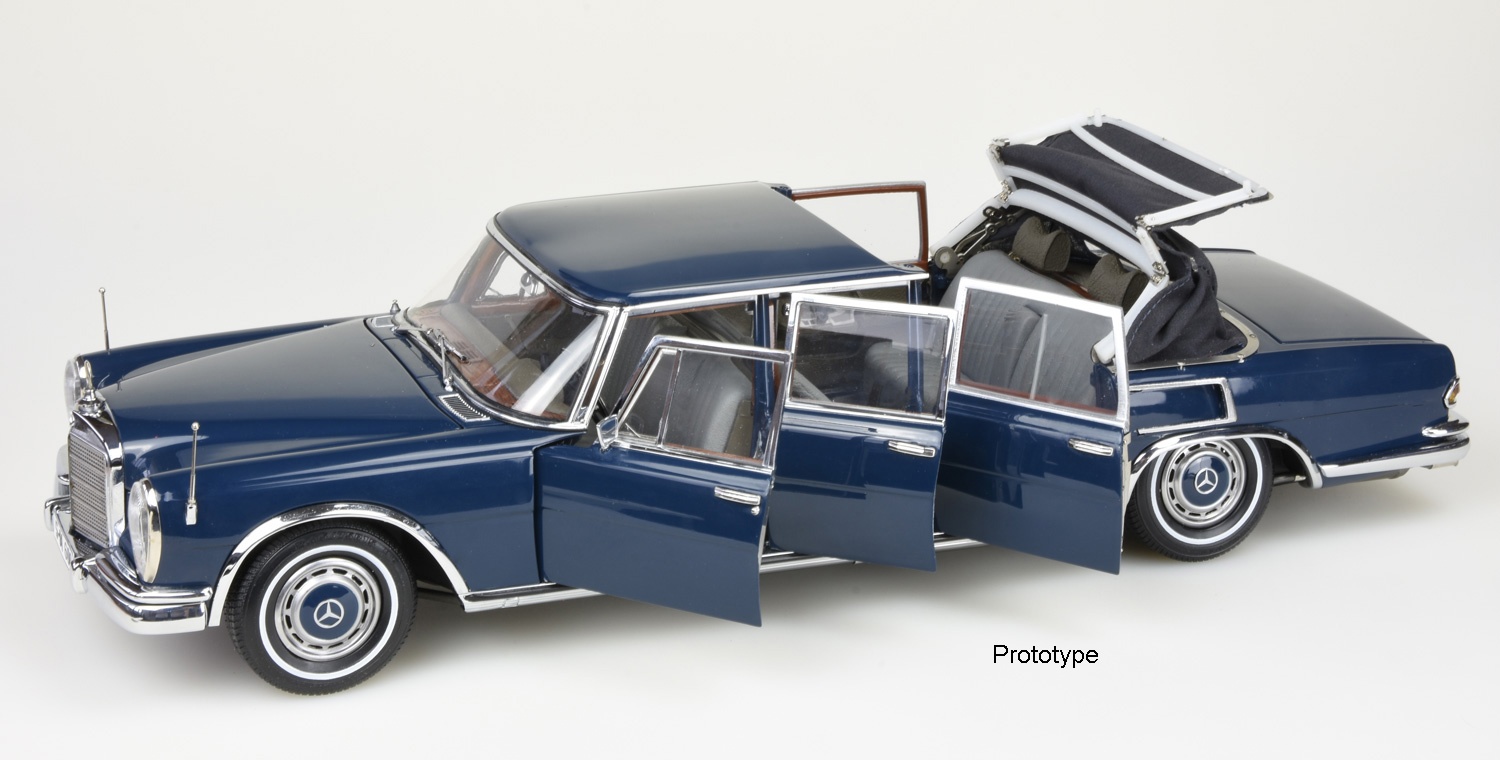 Includes 16% VAT
Es fallen evtl. Versand­kosten an additional shipping costs may apply
Dieses Produkt ist aktuell nicht verfügbar! In unserem Shop-System können Sie jedoch das Produkt vorbestellen. Sie bezahlen erst, wenn das Produkt verfügbar ist und werden per E-Mail von uns informiert. This product is currently not available, but you can pre-order it here. When the product will become available, we will inform you by e-mail and you have to make the payment only then.
Request for item via Email or telephone: +49 711 440 07990
Item no. M-205 Categories: All Products, CMC Mercedes-Benz, Models 1/18, New Items 2020

In addition to state-sponsored use, international celebrities in politics, business, aristocracy and show business also chose to own and ride in a Mercedes-Benz 600 proudly. The “Big Mercedes” debuted at the Internationale Automobil-Austellung (IAA) in Frankfurt in September 1963. Several editions were offered, including Pullman Limousine, Pullman Sedan and Pullman Landaulet.

The four-door sedan is almost two meters wide and 5.54 meters long, whereas the six-door Pullman Saloon has the stately length of 6.24 meters. The third version is an open-top Pullmann Landaulet. It features a fixed roof over the driver/chauffeur in the front and a convertible folding roof in the back of the passenger compartment. Two Landaulet versions were available, one with a long rear hood and the other with a short one.

The comfort of the vehicles was enhanced by air suspension, a comprehensive hydraulic servo system, an electrically adjustable heating and ventilation system, air conditioning, hydraulically adjustable seats, hydraulic windows and sunroofs. As for the interior decorations, the customer could choose between different precious-wood finishes and the finest velor or leather for interior coverage. There was also a bar in the rear with a fridge, car phone and a retractable partition.
With this luxury car, Daimler-Benz created a resounding buzz among the international elete, and for decades, the 600 Pullman was a benchmark that stood in a class of its own.

CMC will offer a precision metal replica of the Pullman 600 six-door Landaulet version during the period 2020, and the new novelty will feature an unprecedented level of intricate detailing and authentici-ty so as to do justice to a truly benchmark vehicle.