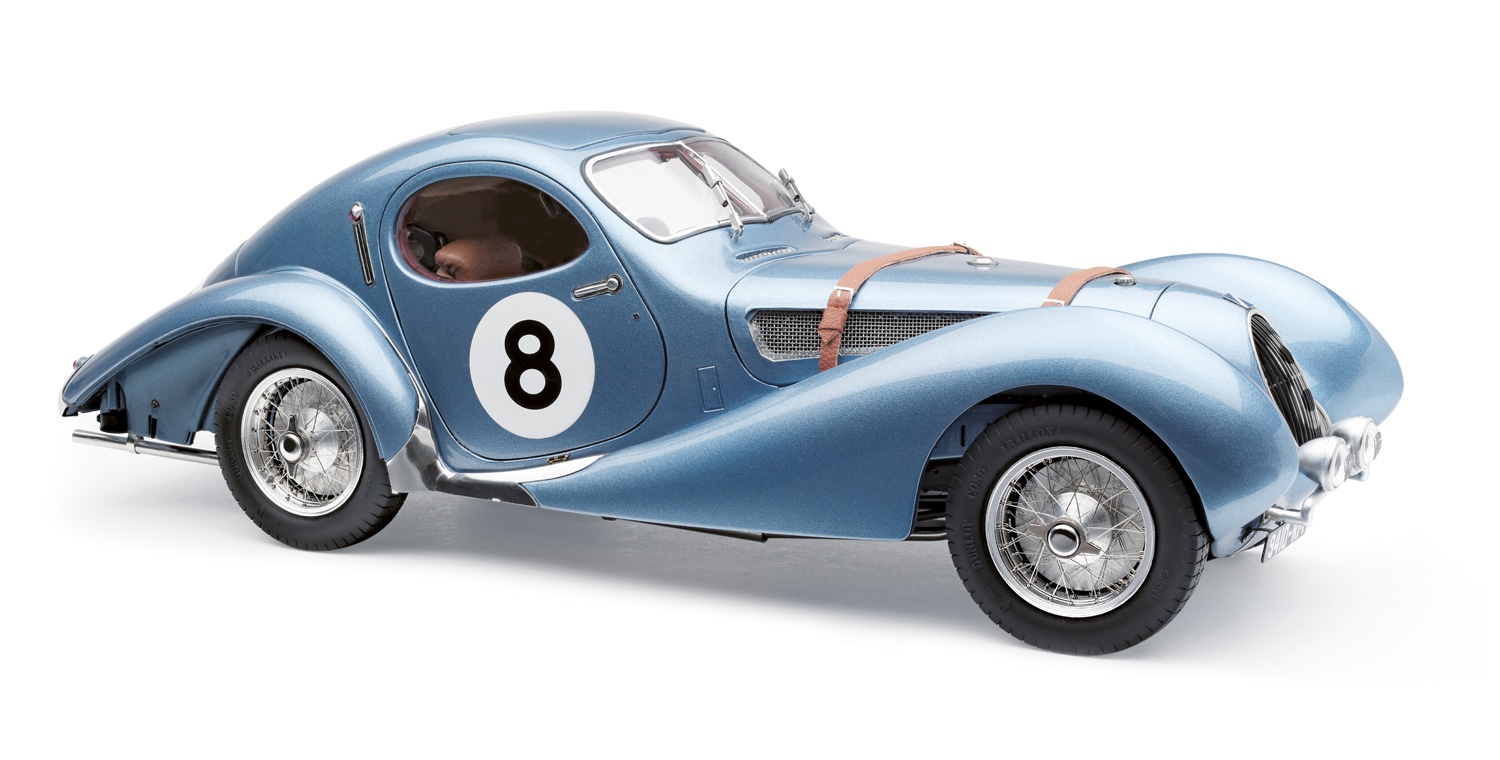 Due to its excellent engine with powerful torque and good acceleration values, the “Teardop” coupé was also predestined for participation in motor sports. A “Teardop” for instance achieved an impressive third place in the overall class segment during the 24-hour Le Mans race in 1938.

Our model with the starting number 8, which we dedicated to the 1939 Le Mans race, was less lucky.

Only accessible to the very rich and famous already in those days, the Talbot Lago 150 C-SS did find its way onto the great racetracks of the world, where the French luxury vehicle was able to convince with victories and successes, even under the toughest conditions.

The French racing drivers Duke Philippe de Massa and Norbert Jean Mahé piloted a Talbot Lago 150 C-SS with the starting number 8 for the British owner T.A.S.O. Mathieson in the 24 Hours of Le Mans in June 1939, the last event before the start of the 2nd World War. A strenuous and material-butchering chase across the formerly 13.492 kilometre long track along the Sarthe required that both pilots gave everything they had.

After a disastrous spin on the oily course, which left man and machine unscathed, the race continued, albeit in the wrong direction, and the vehicle was disqualified by the race organizers in the 88th round after they had held a very good 9th place.

Extensive modifications and accessories distinguish this car, with chassis number 90117, from the serial vehicle. CMC spared no cost and commitment to implement these modifications and deviating parts on their model (see model description).

You can look forward to an authentic reproduction of this Le Mans race participant so steeped in history, and which so unhappily had to terminate the race.

Hand-crafted metal precision model built from 1,436 parts, which is equipped with unique modifications compared to the standard version item-No. M-145.

Special features: Vehicle is an individual construction as a race version with devating parts (see model-description)