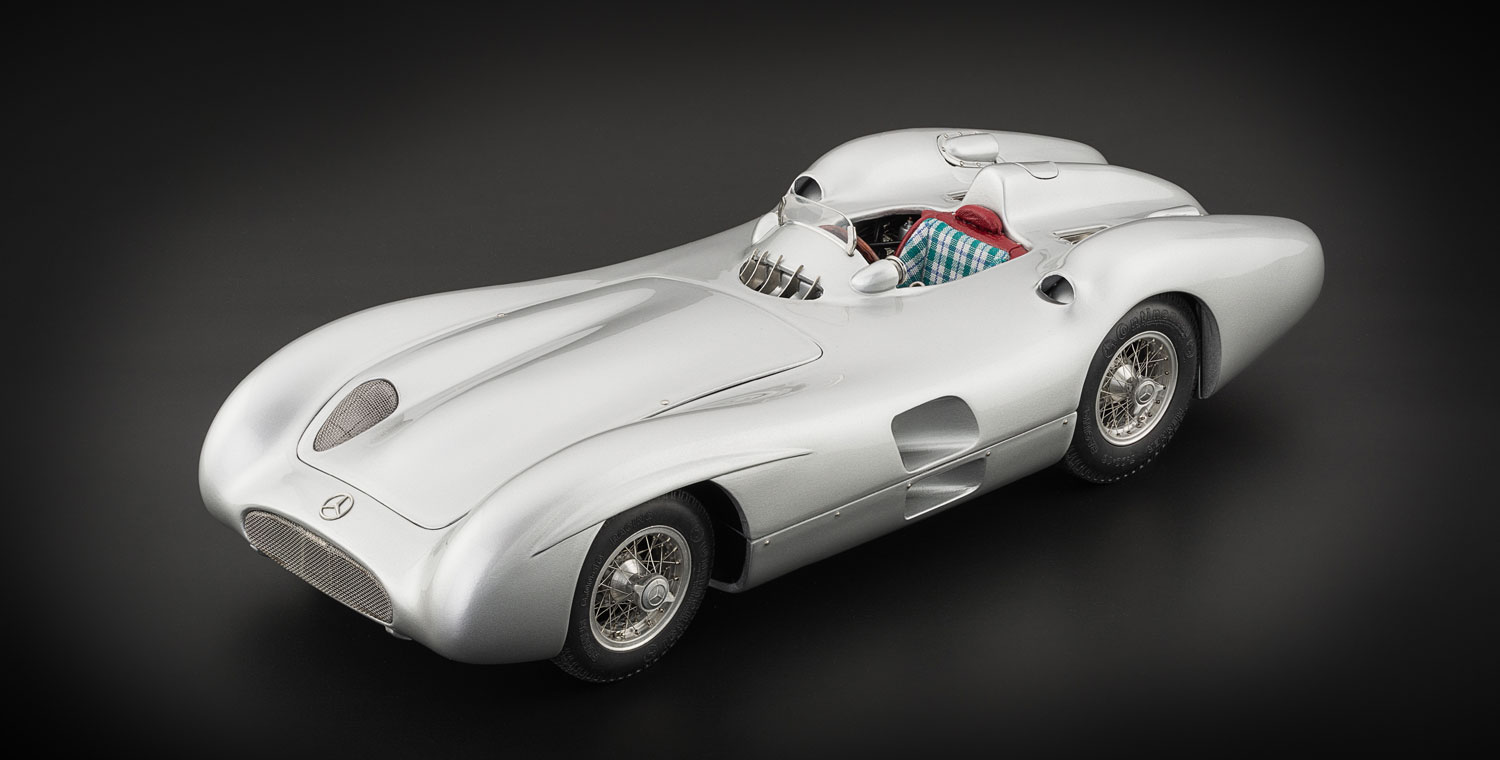 We reproduced our standard model of the W196 Streamliner. But it`s not just a simple re-production. We created some kind of a hybrid of its 1954 / 1955 appearance. This way we fabricated a highly interesting high-end miniature which includes both known appearance from its two-year era in a perfect symbiosis.

With the streamliner body of the W196, Mercedes-Benz surprised one more time the whole racing scene and presented with this perfect in form plate dress a completely new appearance at their return into Grand Prix racing after the war.

At the premiere race, which took place 1954 at the GP of France in Reims, Mercedes started with three Streamliners and achieved with Fangio at first place and Kling on 2nd a terrific double victory. From now on the Mercedes stars, J.M. Fangio at the top, Karl Kling, Hans Herrmann and Stirling Moss celebrated with the Streamliner and also the parallel used W196 Monoposto (free wheels version) one success after the other. Fangio achieved in 1954 and 1955 his 2nd and 3rd F1 World Championship driving for Mercedes-Benz. Just like in the first race in Reims, also in the last one of the 1955 season, Fangio won with a streamlined W196 the race for Mercedes-Benz. After two years, this was the last start for the W196. Mercedes-Benz retired from the Formula 1 again.