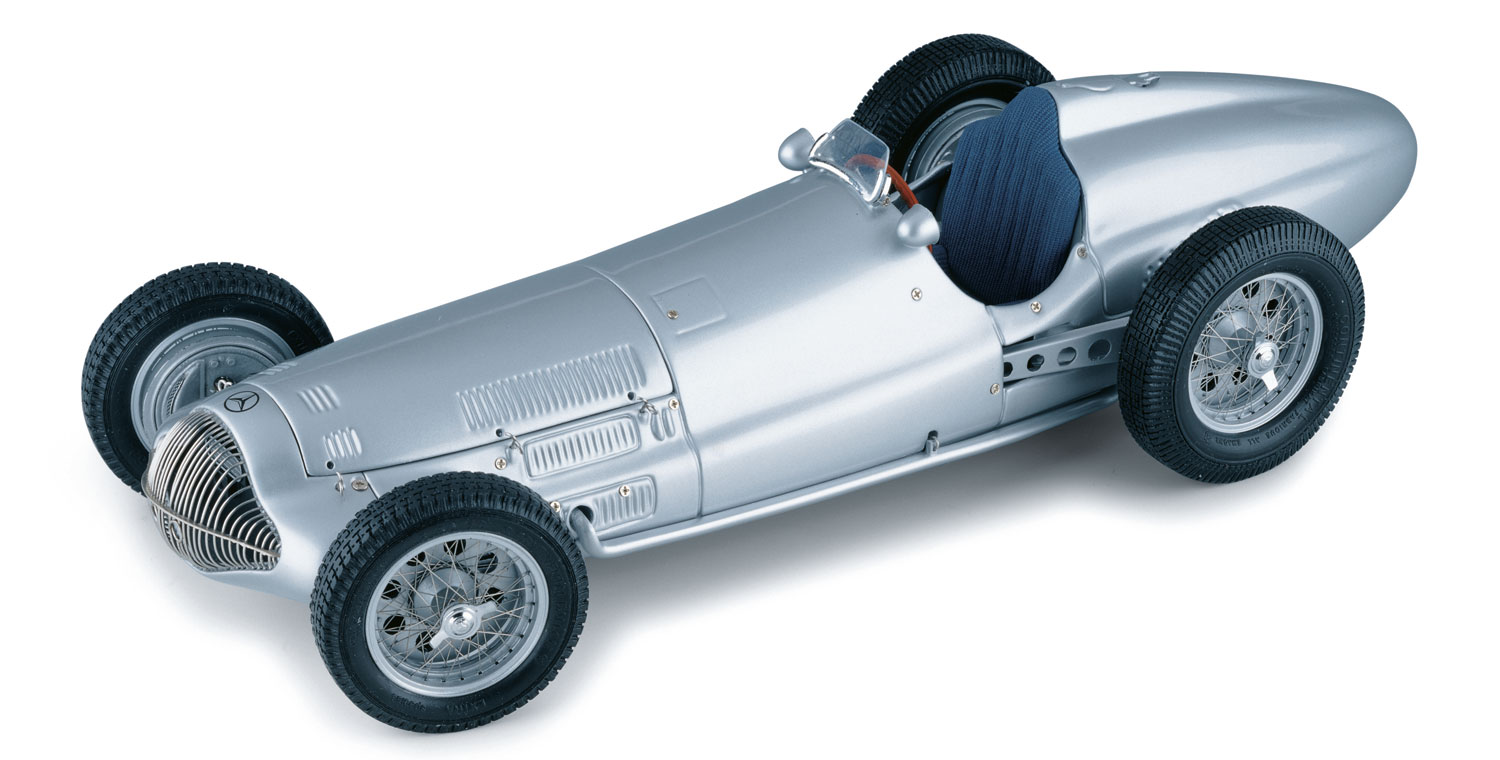 Mercedes-Benz developed an entirely new 485 hp V-12 engine for the W 154 because of the new 3 liter engine racing formula which was introduced in 1938. It turned out, that the new W 154 with its powerful V-12 engine was very competitive, not to say superior.

The Great Victor of France

In 1938 a new racing formula was introduced, limiting the engine displacement of supercharged race cars to 3 liters.  This rule change redefined the direction of motor sport racing for the succeeding years.

Mercedes-Benz developed an entirely new 485 hp V-12 engine for the W 154.  A 5-speed transmission was added and mounted directly on the de Dion rear axle.  One fuel tank was in the rear, and a second tank was in the cockpit, above the driver’s legs. In this car, the Daimler-Benz team of Caracciola, Lang, von Brauchitsch, and Seaman gained one victory after another.  In 1938, Caracciola became European Champion. At the French Grand Prix on July 3, 1938, Mercedes-Benz earned a triple victory: von Brauchitsch came in first, Caracciola second, and Hermann Lang third. In 1939, Hermann Lang became European Champion with a revamped W 154.