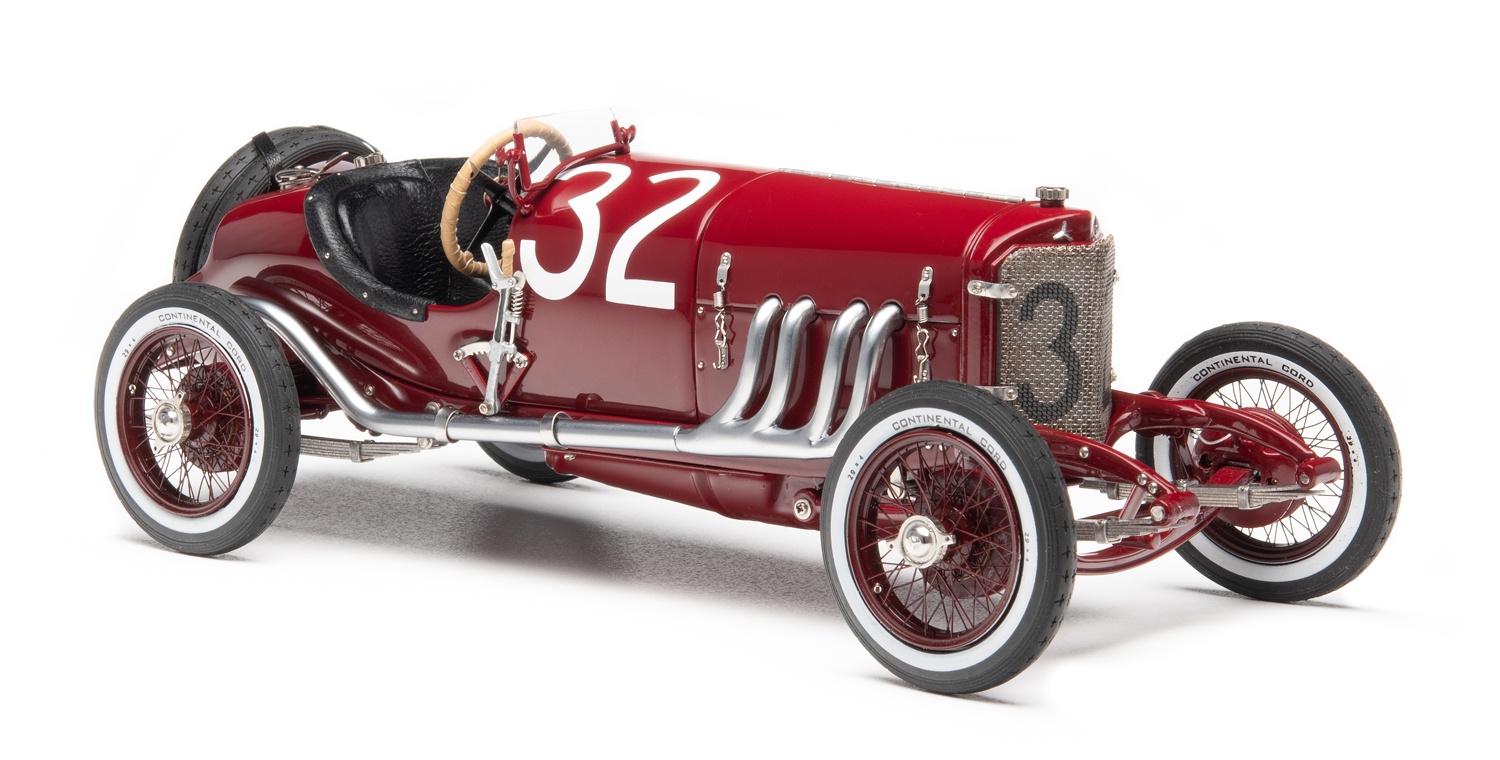 In 1923, the great era of supercharged racing cars began. The Daimler factory in Stuttgart-Untertürkheim did not sit idle on this trend, and the development of a new supercharged vehicle soon got under way.

It was the preparation of a race car for the 1924 Targa Florio, and Ferdinand Porsche had become the new chief designer at Daimler-Motoren-Gesellschaft. Under his personal direction, a team of engineers took an in-depth look into the 1923 M7294 compressor engine and came up with some ground-breaking upgrades. As a result, the mximum output was pushed up to 126 hp (even to 150 hp in late 1924). This was made possible by relocating the compressor – Roots blower – to the front of the engine. When power was required, the driver could now activate it by a forceful step on the gas pedal. It would trigger mechanic action or movement to bring the output from a normal 68 hp up to 126 hp.

The Targa Florio and the Coppa Florio were two of the toughest and most difficult road races in Europe. Running on the extremely narrow and winding mountain roads of the so-called Madonie Circuit near Palermo on Sicily, one lap lasted 108 km long. Four laps were to drive for the Targa Florio, totaling 432 km. For the Coppa Florio, another lap was added, extending the race to a total of 540 km. In either race, entrants had to deal with a grueling circuit full of the dangers known as “7000 curves”. Whoever won the Targa Florio was not necessarily going to win the Coppa Florio, because the odds to negotiate the last lap successfully were not always very good.

Mercedes would dispatch three vehicles to this prestigious race event, and preparations were made well in advance. Two T-cars were sent to Sicily for test drives three months earlier. Various rear axle ratios were tried out, and an optimal maximum speed of 120 km/h was found for the racing locally.

The co-pilots were to shut off oil and gasoline valves when necessary and to use hand pumps to maintain a steady pressure build-up in the fuel tank. In the case of flat tires, their assistance was naturally in de-mand, too.

There was something unusal about these German cars. Instead of wesring a white livery — the racing co-lor of Germany, they were painted in a dark red finish — the racing color of Italy. This was intended as a camouflage to protect the Germans from the hot-tempered locals who didn‘t want any outlanish folks to win or prevail in the race and might throw stones to stops their cars.

A total of 37 cars converged on the start-off field, including 11 from Germany, 3 from Austria, 16 from Italy, and 7 from France. Christian Werner started off well in his #10 car. From the 2nd lap onwards, he took the lead, which he maintained throughout the race despite fierce challenges, especially the ones from Alfa Romeo competitors. He won the Targa Florio in 6 hours, 32 minutes and 37 seconds, as well as the Coppa Florio in 8 hours, 17 minutes. A sensational double victory for Mercedes, which set up a new record time. Werner also drove the fastest lap with 1:35 hours. CMC launched this vehicle a few years ago as a hand-assembled precision model of over 1000 parts.

Turning to the other two Mercedes, they finished second and third for the Targa Florio (four laps) and won the tenth and thirteenth places for the Coppa Florio (five laps). CMC takes this sensational race to heart, since it marked a triple victory by Mercedes in the prestigeous Targa Florio. We will introduce me-tal precision replicas of Christian Lautenschlager’s runner-up car with starting number 32 and Alfred Neu-bauer’s 3rd-place car with starting number 23.