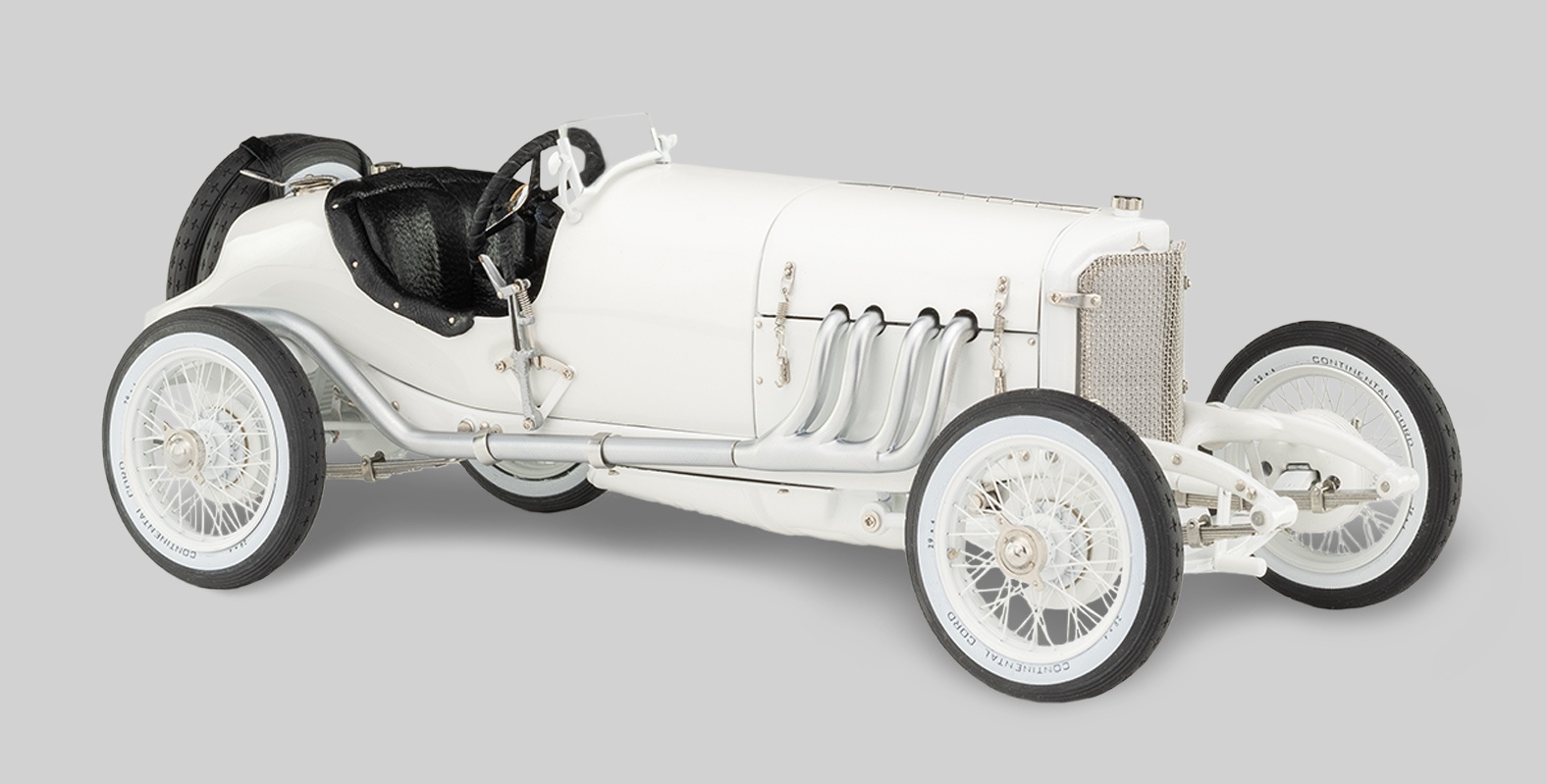 In 1923, the era of supercharged racing cars began. The Daimler factory in Untertürkheim of Stuttgart did not sit idle on this trend, and the development of a new supercharged vehicle soon got under way.

It was meant to develop a new racer for the 1924 Targa Florio, and Ferdinand Porsche was the new chief designer at Daimler Motor Company. Under his personal direction, a team of engineers conducted an in-depth look into the 1923 M7294 compressor engine and came up with some ground-breaking upgrades. As a result, the mximum output was pushed up to 126 hp (even to 150 hp in late 1924). This was made possible by relocating the compressor –  Roots blower – to the front of the engine. When more power was needed, it could be obtained by a forceful step on the gas pedal. This would trigger the mechanic action or movement to bring the output from a normal 68 hp up to 126 hp.

Shortly before the start the german race cars that according to the FIA specifications until 1970 had normally to be painted in white were repainted in red- with this trick Mercedes could successfully prevent that the vehicles were thrown at the many local crossings in Sicily by Italian fans with stones. Only with this trick was it possible to win the double victory.

Also at CMC, we decided at the last minute to repaint one of the models, the M-206. So this will not be delivered as previously planned in red but in white, as it was also thought by Mercedes initially.

On this historically unique basis, we have adapted the vehicles. So they have outside gasoline pipes and, most importantly, on the new knowledge following, correct narrow racing tires. Also today we are sure that the vehicles were carrying two spare wheels at the rear and considered this accordingly.

With this variant we offer you a model complete in white, without starting numbers.