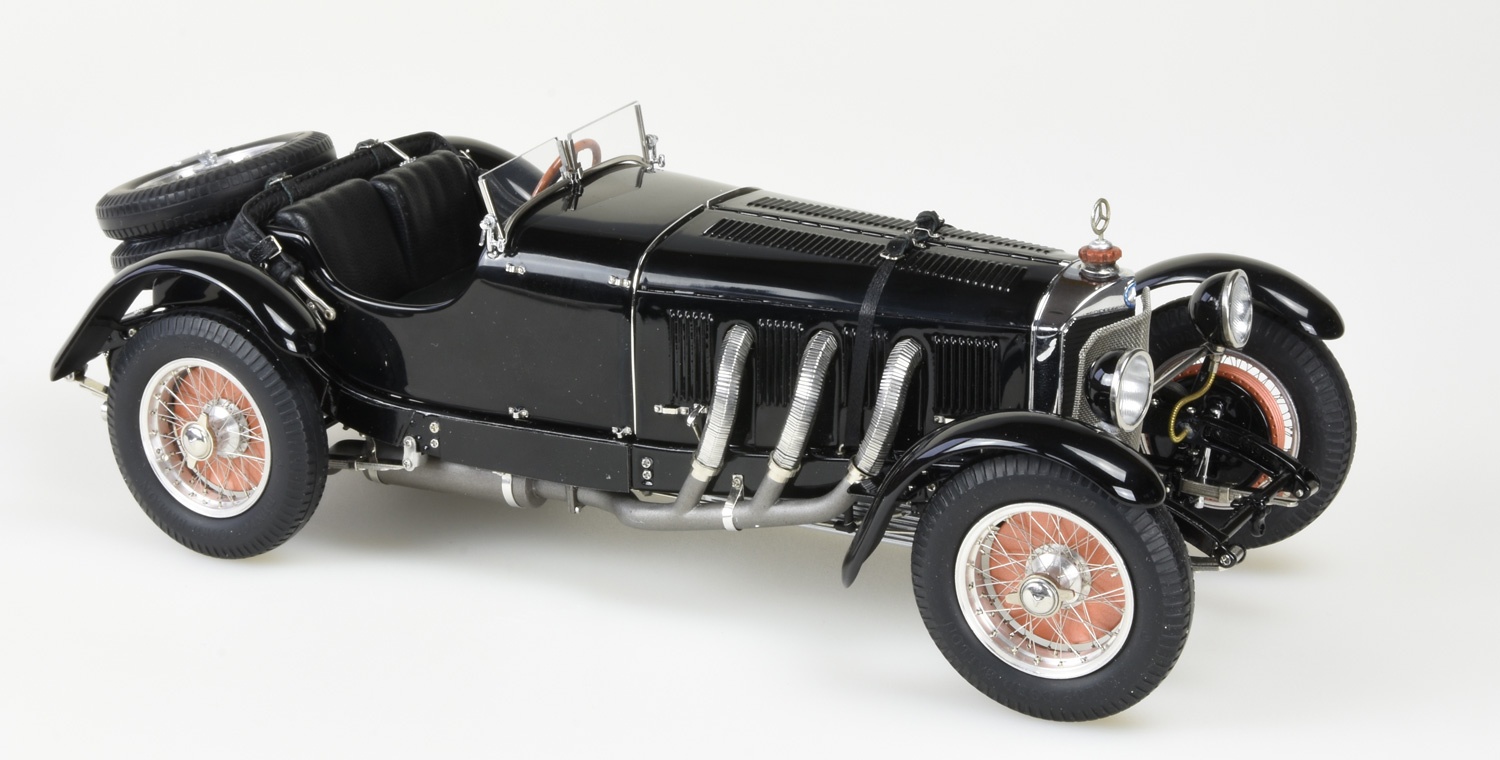 The SSK/SSKL types, in particular, constituted a highlight of the legendary S-series that has left a continu-ing impact on the Mercedes-Benz marque. One may say, some cars belong to today as much as they did to yesterday, and they are virtually timeless. We would like to promote such a car, an all-black SSK.

Includes 19% VAT / Mwst.
Es fallen evtl. Versand­kosten an additional shipping costs may apply
Dieses Produkt ist aktuell nicht verfügbar! In unserem Shop-System können Sie jedoch das Produkt vorbestellen. Sie bezahlen erst, wenn das Produkt verfügbar ist und werden per E-Mail von uns informiert. This product is currently not available, but you can pre-order it here. When the product will become available, we will inform you by e-mail and you have to make the payment only then.
Request for item via Email or telephone: +49 711 440 07990
Item no. M-208 Categories: All Products, CMC Mercedes-Benz, Models 1/18, New Items 2020

The Mercedes-Benz supercharged sports cars of the types S/SS/SSK/SSKL were used at all kinds of world-famous racing events between 1927 and 1933, such as Grand Prix races, long-distance or endurance races, and mountain climb competitions. They might be affectionately called “invincible monsters”.
The abbreviation system S/SS/SSK/SSKL (Super-Sport-Short-Light, a coinage added after 1931) was adop-ted by Mercedes-Benz to designate the individual developmental stages of its sports cars, each equipped with a robust 7.1 liter inline six-cylinder supercharged engine. A long list of famous pilots is closely associated with these powerful machines, and among them are Rudolf Caracciola, Manfred v. Chr. Bran-chitsch, Hans Stuck, Carlos Zatuszek and Bernd Rosemeyer.

The SSK/SSKL types, in particular, constituted a highlight of the legendary S-series that has left a continuing impact on the Mercedes-Benz marque. One may say, some cars belong to today as much as they did to yesterday, and they are virtually timeless. We would like to promote such a car, an all-black SSK at this year’s International Toy Fair.