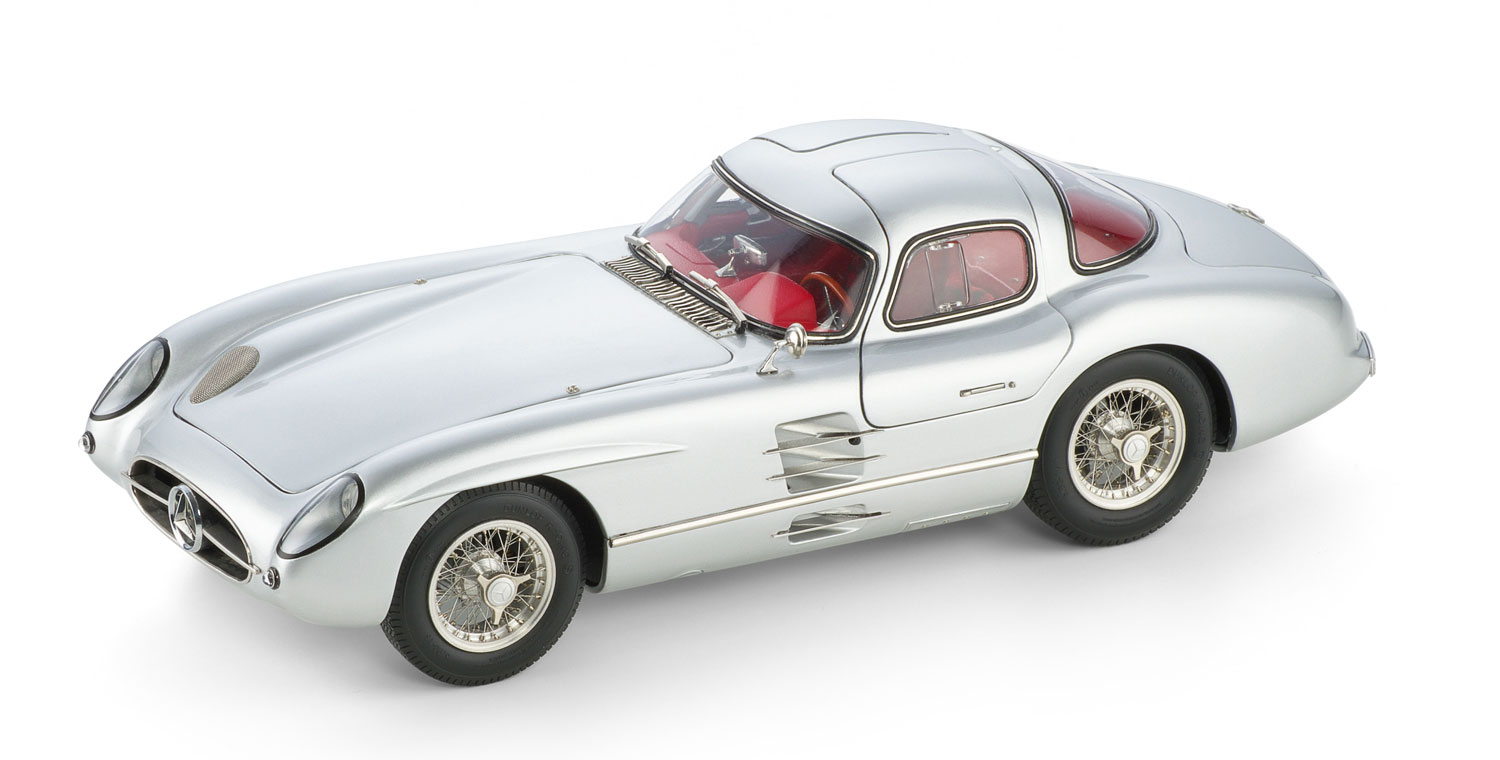 High-end precision replica that is hand-assembled with 1,817 single parts. The 300 SLR Uhlenhaut Coupé is one of the most exciting cars that Mercedes-Benz has ever constructed. The SLR Coupé was originally meant for the 1956 racing season. But after the Daimler-Benz Group decided to retire from professional racing in the wake of the 1955 season, this Coupé never had a chance to compete on the race track. In spite of this, the Uhlenhaut two-seater, of which only two were built, has become a legend.

Who doesn‘t know about the famous Uhlenhaut coupé with its landmark gullwing doors? Only two prototypes of this model were built, and it was and still is a formidable street car. The irony is that most people only had the chance to see it from behind. Back then, while the fastest BMW was capable of reaching 170 km/h, and the fastest Porsche, even up to 200 km/h, the Uhlenhaut coupé could speed at nearly 300 km/h. It surely caused a lot of amazement as well as jealousy.

The explanation, however, is simple. Underneath the bodywork is an enhanced 3-litre Formula 1 engine. Actually the two coupés were built for racing. Their intended mission was to participate in endurance races, such as the Mille Miglia or the 24 Hours of Le Mans. But Daimler surprisingly decided to retire from professional racing at the end of 1955, and the situation changed drastically.

Rudolf Uhlenhaut, an ingenious engineer in charge of the Mercedes racing department, rightly decided that it would be a shame to let the two cars sit idle to gather dust in a garage. As a result, the two 300 SLR coupés became his personal company cars. Today every automobile enthusiast knows what is meant by „the Uhlenhaut coupé,“ even though this was never an official designation. When Rudolf went to work in the morning, the whole neighborhood noticed it. Because the 300 hp 8-cylinder would send out a throbbing uproar.