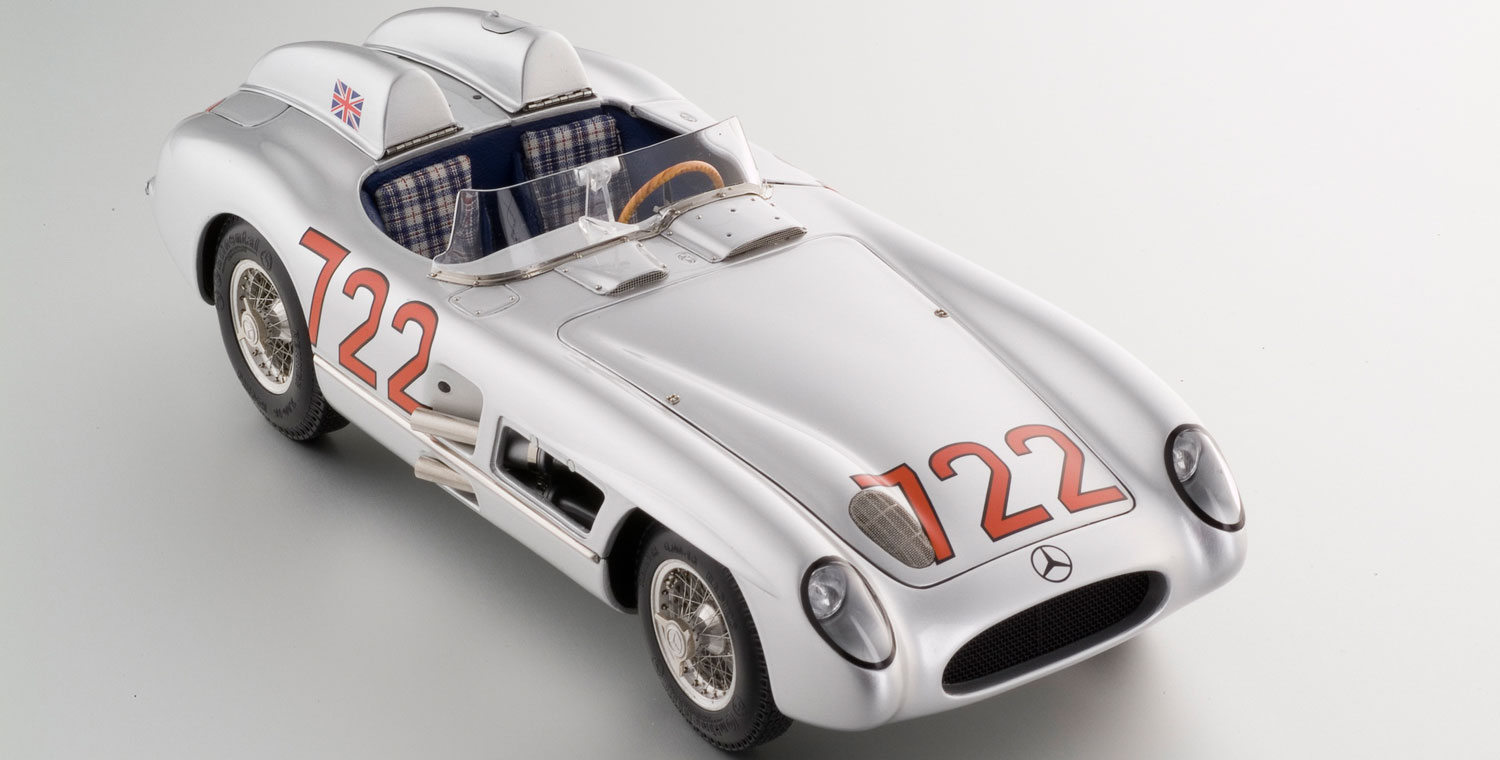 This latest release by CMC marks a heart-warming tribute to the great victory of Mercedes-Benz at the Italian endurance race “Mille Miglia” in 1955. During the competition, the British racing guru Stirling Moss and his co-pilot Denis Jenkinson carried the day, driving their Mercedes-Benz 300 SLR. This racing car with the starting number “722”became a legend in the racing history.

1927 marked the birth of the Mille Miglia, the famous 1,635 km race through Italy.  By 1930, the name of Mercedes-Benz was closely associated with this endurance race, and the first victory came in 1931 for Mercedes-Benz.

In 1955, Mercedes-Benz introduced its 300 SLR for the first time at the Mille Miglia. Among its toughest competitors were Ferrari, Maserati, and Aston Martin.  Every minute, a competing car received its starting signal.  Since 1949, the starting order had been decided by lot, so that each starting number was a record of the starting time.  The young, but well-accomplished British race driver Stirling Moss, together with his co-pilot Denis Jenkinson (“Jenks”), received the starting number 722.  That indicated that their exact starting time was 7:22 AM.  What an unforgettable race they ran that day!

Our SLR is hand-assembled from more than 1,500 single parts.  It is a precision model that incorporates thoroughly-researched historical details and authentic replication.  Explore the realistic appearance of this great model, and you will feel like Stirling Moss.  By the way, Moss drove the whole race with the service panel removed to expedite repair work in case of emergency.  He simply did not want to lose a single second unnecessarily.  If you don’t feel capable of filling the shoes of this legendary race driver, then picture yourself as his co-pilot.  You don’t even have to do without Denis Jenkinson’s roller-map, since we have included a miniature version of that device.

The model is delivered with the service opening unclosed for easy maintenance. Just like the way that Moss had it for the race to save time in the case of emergency. The starting number is printed on the car by the complex tampon-printing method and polished to a fine finish.