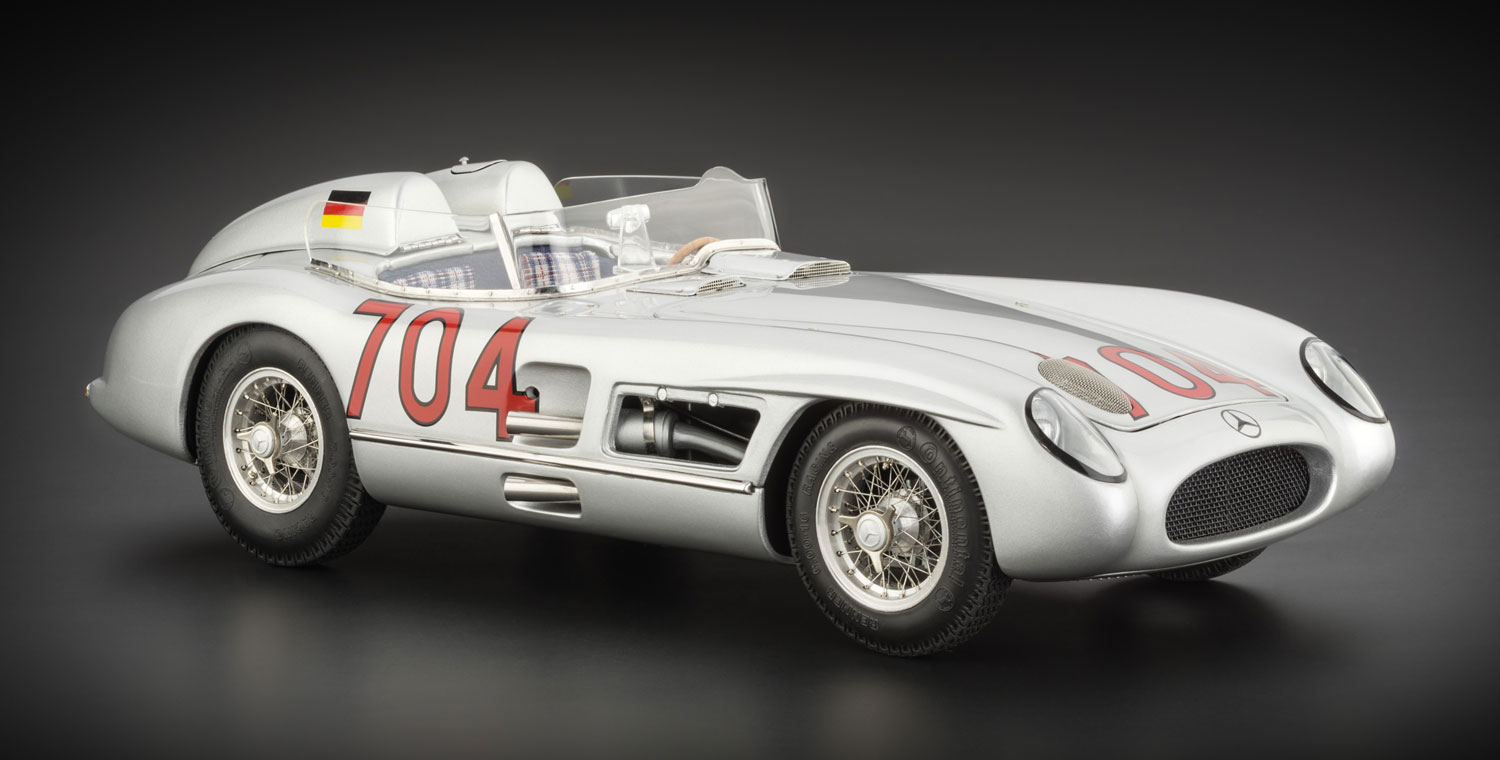 At 7:04 on the morning of May 1, 1955, the 300 SLR with starting number 704 (starting number = starting time) left the launch pad in Brescia, with Hans Herrmann and his co-pilot
Hermann Eger behind the wheel to attempt the 22nd championship of the 1,600 km-long Mille Miglia. Having covered more than a half of the race, they were forced to retire because the fuel filler cap had come loose, causing a dangerous fuel spill all over the pilots. It was a hard decision, as Herrmann was holding a promising lead at the time. CMC recreated the original Hans Herrmann’s car down to the smallest detail.

The annual endurance race of the Mille Miglia attracted a very impressive group of competitors in 1955. Mercedes-Benz had big plans up its sleeve, so it sent over a fleet of four racing cars, all of the type 300 SLR, which was to make its debut here. Piloted by world-famous top drivers, the 300 SLR was intended to be a passport to victory over such hard competitors as Ferrari, Maserati, and Aston Martin. Half of Italy was on its feet to follow the national racing highlight of the year.

The outcome of this race became world-famous and went down in racing history subsequently. Stirling Moss turned out to be the triumphant winner. CMC recreated his 300 SLR some time ago (item number M-066) CMC’s commemoration of the 1955 Mille Miglia race is now completed with the release of new miniatures for the other three cars of the Mercedes-Benz SLR team.

Side opening for maintenance is left uncovered, as in the original. A cover is enclosed in the box and can be mounted magnetically.

Model of the Year 2013
Awarded by: MBMC, Mercedes Benz Model Club
All awards »