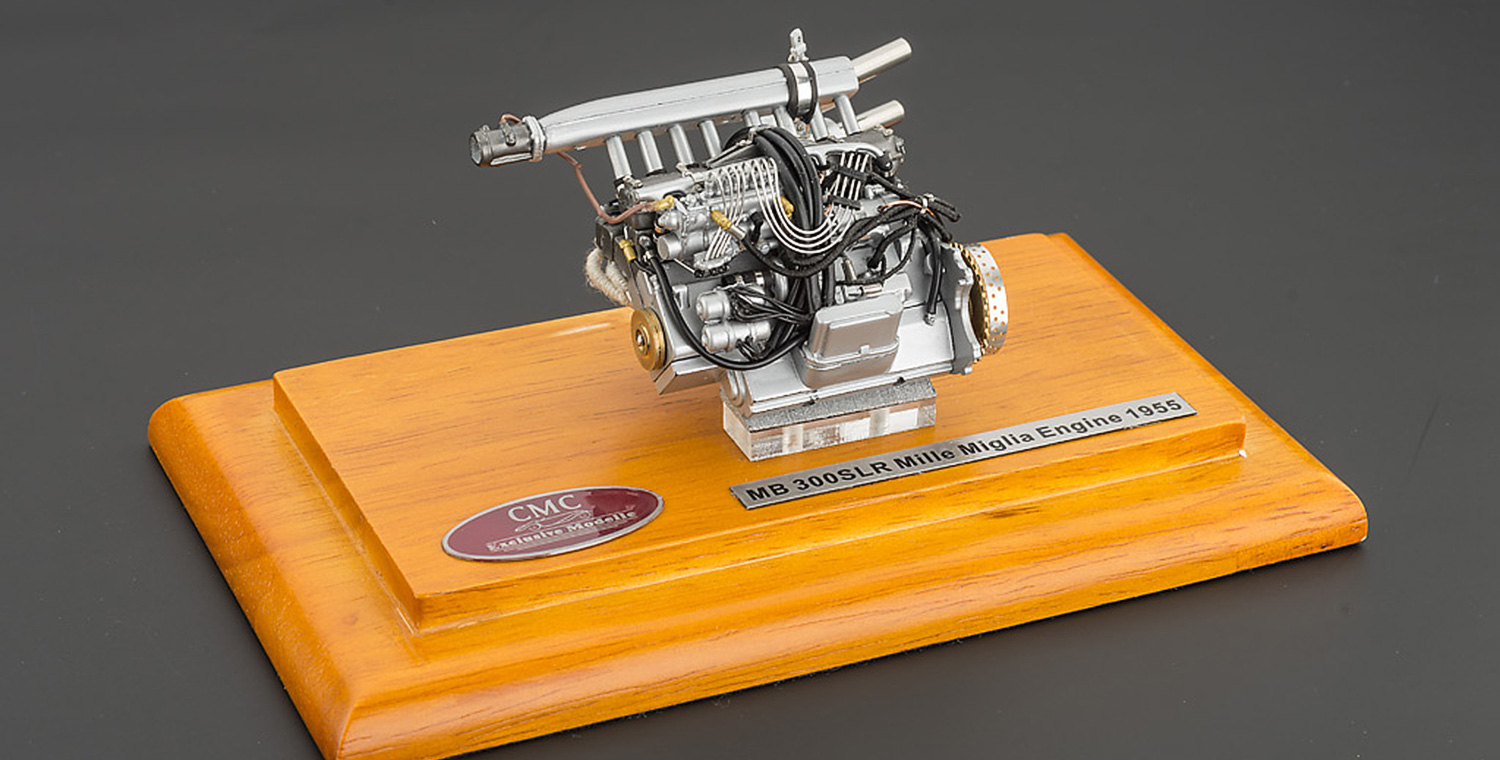 Detailed, hand-assembled engine replica of the Mercedes-Benz racing sports car 300 SLR. Replicated with top-notch craftsmanship, this 8-cylinder in-line-engine was largely identical with the engine of the Grand Prix racing car W196. With a capacity of 310 hp, it reached a top speed up to 300 km/hr. The sheer prowess of the engine, along with its reliability and stability, led the 300 SLR to the World Sports Car Championship in 1955.

The basic design of this engine, apart from displacement, is virtually akin to what we see in the engine of the Grand Prix car W196. By comparison, the displacement of the 300 SLR engine is 486 ccm larger than that of its counterpart, while its stroke/bore is increased to 78 x 78 mm. Moreover, the top speed is attained at 7,500 rpm in this engine, as against 8,500 rpm in the W196 engine.

The 300 SLR was so designed that even when the engine was running on low speed, a fast revving-up capacity was available. This feature mattered a lot in sports car races, where good acceleration provided a very positive advantage. In the building of the 300 SLR engine, a cylinder block made of aluminium alloy was adopted for the first time. Likewise, its cylinder liner was made of chromed aluminium instead of steel. Both represented cutting-edge engineering of their time.

The drive line arrangement of the engine was also innovative. Power transfer was virtually initiated through a pinion gear positioned between the two 4-cylinder blocks that were covered with an 8-cylinder crankcase. Inside the casing was an elaborate Hirth crankshaft propelled by the cylindrical rods that were fitted with roller bearings.

Despite its high compression ratio, the SLR engine was able to run on conventional fuel without any loss of performance, which gave the car an edge in long-distance races on public roads. A good example of strategic foresight that enabled the SLR to stop for refueling anywhere along the way.