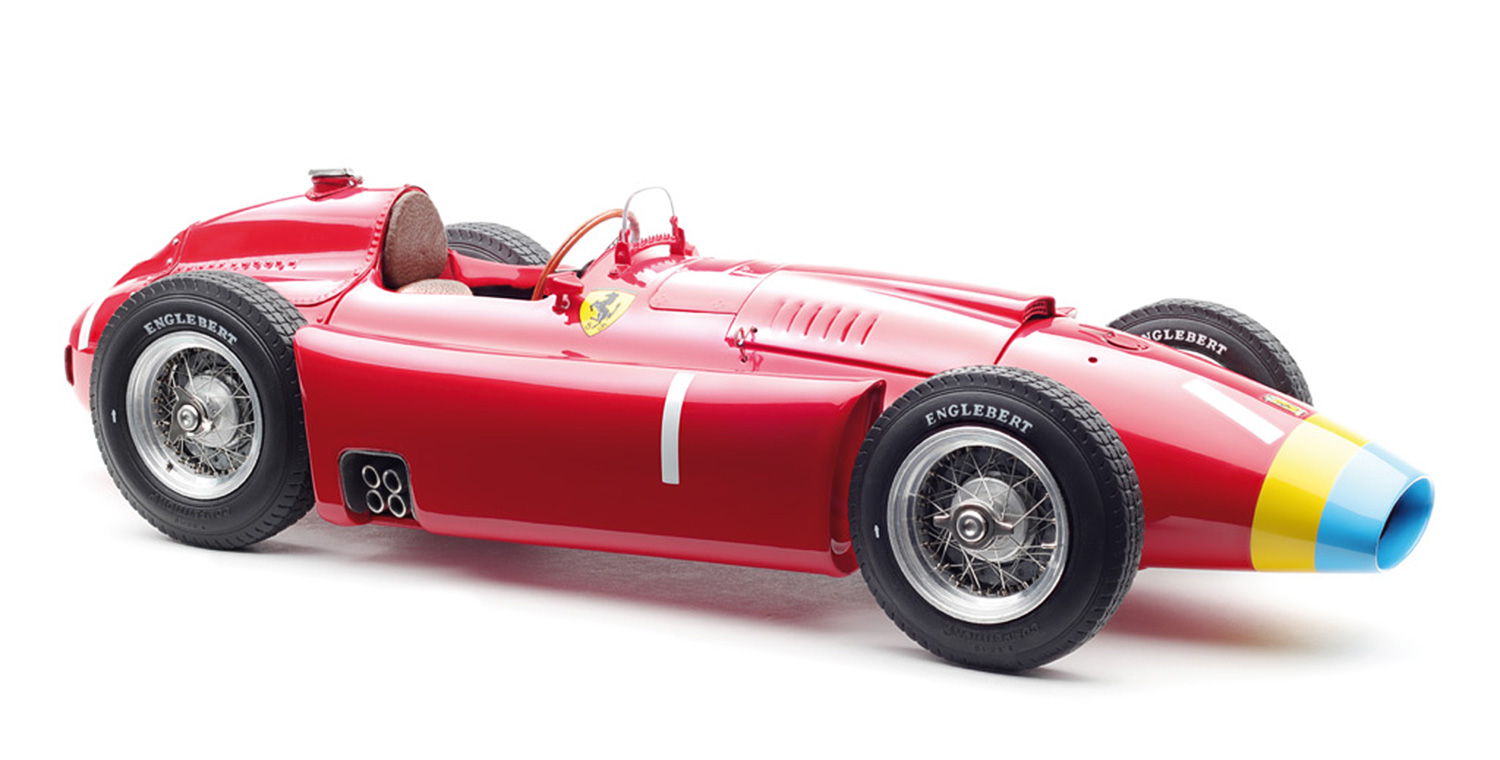 After taking over the D50 project from Lancia, Enzo Ferrari was busy turning the newly-acquired race car into a “trump card,” and Scuderia Ferrari was heading for a very successful season in 1956. Both Juan Manuel Fangio and Peter Collins opted to use this long-nose version D50 for the German Grand Prix at the Nürburgring. They would switch back to the short-nose version for the last race of the season in Monza, Italy.

After a hiatus that followed the Le Mans tragedy in 1955, Formula One racing was resumed in 1956. The Grand Prix Germany, which was the 7th race of an eight-round contest for the 1956 World Championship, took place at the Nürburgring on August 5. With the 1956 season drawing to a conclusion soon, British driver Peter Collins was one point ahead of his teammate Juan Manuel Fangio at Scuderia Ferrari. And he had a four-point advantage over Jean Behra, who was racing for Maserati. All three were poised to contest for the world championship. Stirling Moss was so far behind at this point that the world title was out of his reach unless there was a collective failure of the forerunners.

As expected, Fangio beat Collins to win pole position with a time of 9: 51.2 min. These two world-title contenders were actually separated only by 0.3 seconds. The race consisted of 22 laps, each of 22.81 km, with a total track distance of 501.82 km. Things looked promising for Scuderia Ferrari from early on. Collins managed to take the lead off the start. He was overtaken by Fangio later in the first round. The three-time world champion retained his lead until the very end of the race. In the midst of racing, Fangio and Collins endeavored to improve the 17-year-old track record several times. A new record time was eventually set by Fangio for 9: 41.6 min. Unfortunately, a driving error led Collins to crash and retire prematurely from the race. Seven of the nineteen contestants crossed the finish line, and the first five were rated with a titular position. Fangio won with a clear lead of 45 seconds over Stirling Moss, who, in turn, finished the race a few seconds ahead of Behra. Juan Manuel Fangio proved to be a big winner of the race, who had it all — qualifying for pole position, taking the first place against rivalry, and setting the fastest lap time. With a surge of eight points, he took the lead in the drivers’ overall standings before the season finale — the Grand Prix Italy in Monza.