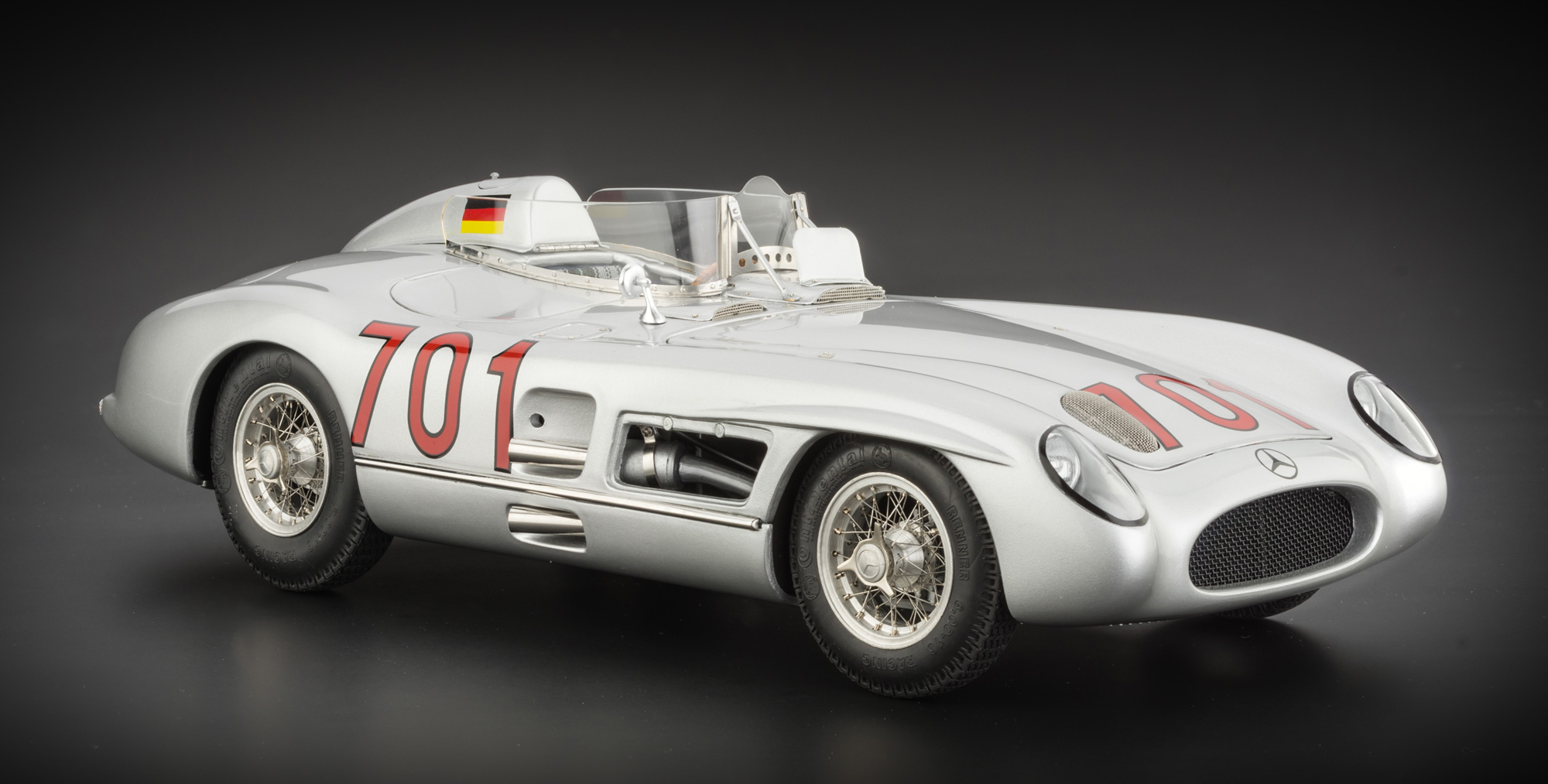 The yearly major even of the Mille Miglia had in 1955 an especially attractive starting field. Mercedes-Benz had big plans, so they send an armada of four racing cars of the type 300 SLR to the race. They used it here for the very first time. World famous top drivers became installed to ensure the success versus hard competitors like Ferrari, Maserati and Aston Martin. Half of Italy was on its feet to follow the national racing high light of the year.

The last starter of the Mercedes-Benz factory team was the young daredevil Stirling Moss with his co-pilot Denis Jenkinson at 7:22 am with starting number 722.

The result of the race became in the meantime world famous and became a part of the racing history. Stirling Moss celebrated a triumphal victory. We recreated his car already some time ago (item number M-066) and it`s still available in our range.

Now we complete the cars from the Mercedes-Benz starting field. Each one is a worldwide limited edition of only 2,000 pieces.

J.M. Fangio became 2nd (item number M-117). Karl Kling was involved in an accident and hat to retire (item number M-118). Hans Herrmann was not able to finish the race because of an improper installed fuel filler cap which became lose. So fuel became spilled all over the driver and its co-pilot (item number M-119).