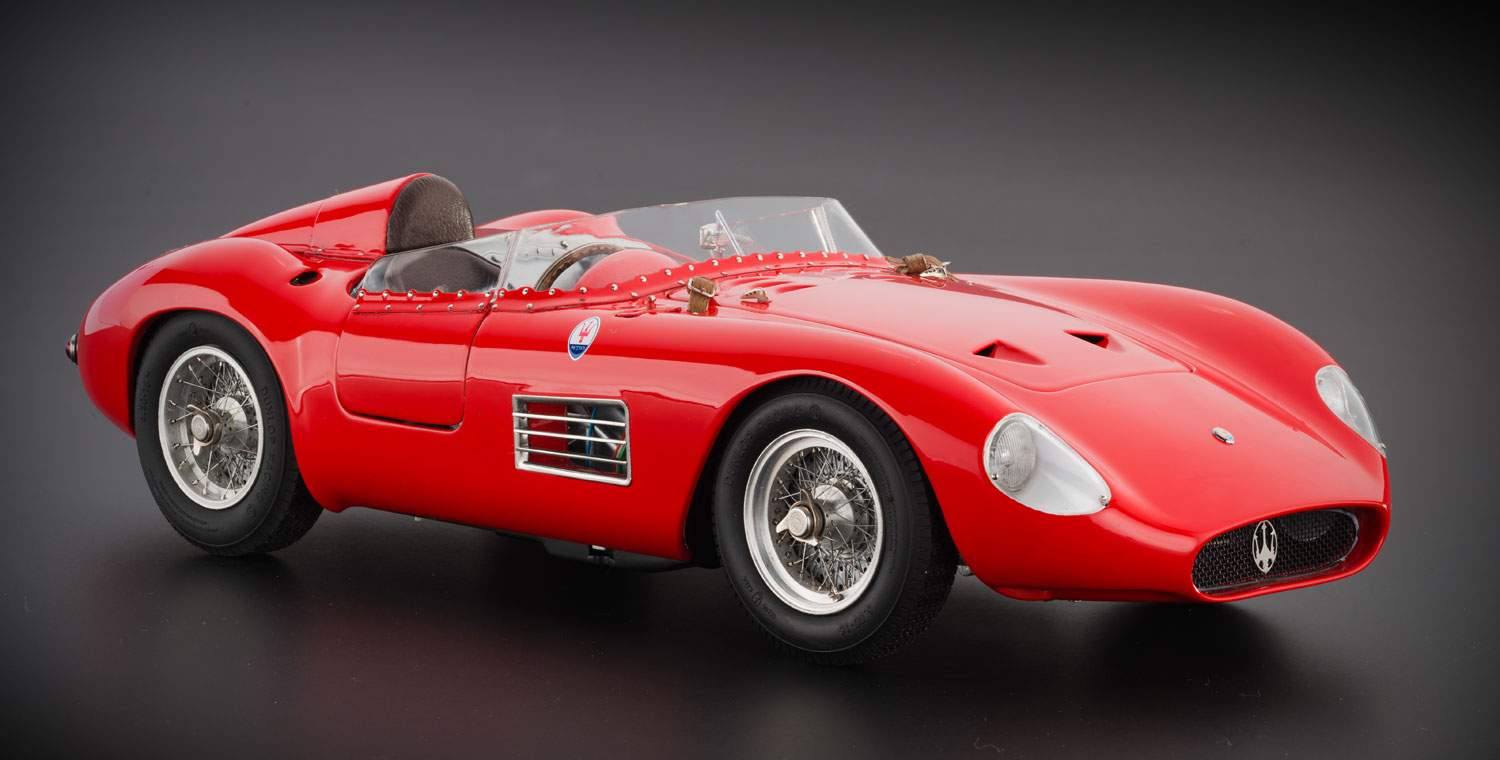 In the vicissitudes of its history, Maserati was always committed to road races. 1955 saw the company, famous for its trident logo, come up with the 300 S, a racing car that never failed to
clinch top finishes, including many victories, in international races.

The fame and glory brought by the 300 S, together with its commercial successes, made the vehicle one of the most successful race cars in the company history of Maserati.

The Maserati 300 S, which incorporated many features of the Maserati 250 F, a successful Formula 1 precursor, quickly achieved the reputation of being a very competitive sports car. In addition, it was decked out in beautiful bodywork by Carrozzeria Fantuzzi. Numerous private racing teams and famous drivers of the time celebrated impressive successes with the 300 S on its immensely powerful 260 hp six-cylinder in-line-engine.

Our original car was a right-hand drive, just like all 300 S became designed with this steering-system. Built in 1956 with a semi long nose body, and closed air inlets below the head lights. The sidewise installed air vent grids are unique features of that original car. Some other special features are the 5-gear drive and the beautiful wavelike designed windshield frame. Both of those features became only installed two times during the complete production time of the 26 (27) 300 S units ever produced. Also the two leather straps, meant for the fastening of the engine hood, became installed in an extraordinary angel to the fenders.

CMC recreated the aforementioned details in a way that bespeaks her commitment to quality and authenticity. A case in point is the drum brake, which is a masterpiece of replication. The star-shaped zinc alloy drum housing was equipped with cooling fins and staggered holes to facilitate the dissipation of heat and the drainage of splash water. Just remove the wheels from your model, and you will see that CMC replicated those parts true to the original. You will also find how a CMC model lives up to your dream once more.

Model of the Year 2013
Awarded by: Magazine "Modellfahrzeug"
All awards »