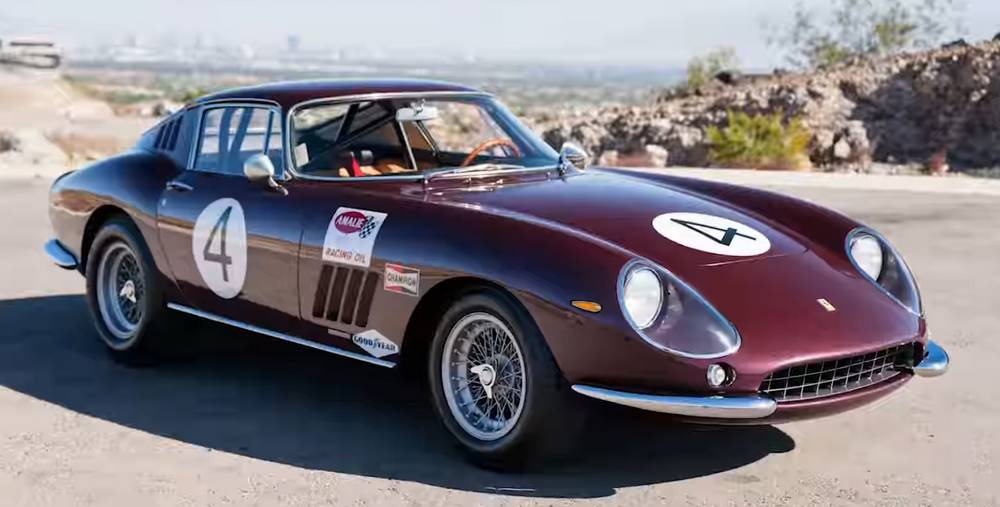 Back in 1966, Ferrari launched a new competition version of the 275 GTB and designated this series as 275 GTB/C. Twelve 275 GTB/C cars were built by the racing department of Ferrari at Maranello, and eight of them, including Chassis 09063, featured a left-hand drive configuration.

Includes 16% VAT
Es fallen evtl. Versand­kosten an additional shipping costs may apply
Dieses Produkt ist aktuell nicht verfügbar! In unserem Shop-System können Sie jedoch das Produkt vorbestellen. Sie bezahlen erst, wenn das Produkt verfügbar ist und werden per E-Mail von uns informiert. This product is currently not available, but you can pre-order it here. When the product will become available, we will inform you by e-mail and you have to make the payment only then.
Request for item via Email or telephone: +49 711 440 07990
Item no. M-213 Categories: All Products, CMC Ferrari, Models 1/18, New Items 2020

On April 22, 1966, Ferrari sent the bare chassis of 09063 to Scaglietti for its lightweight aluminum bodywork. Finished in an attractive rosso rubino (ruby red) livery, this GTB/C was the eighth example of the model produced. It was sold new to famed Mexican racing driver Pedro Rodríguez via Luigi Chinetti Motors Inc.

Rodríguez debuted his new 275 GTB/C at Nassau on December 2, 1966. Entered in the combined Tourist Trophy and Governor’s Trophy, the car raced with start number 4 and succeeded in capturing a 1st-in-class and 7th-overall finish in a race that pitted the GTB/C against the newest models from Chaparral, McLaren, and Porsche. In the hands of subsequent owners, Chassis 09063 remained competitive well into the 1970s.

Starting from May 2002, this beautifully-presented 275 GTB/C earned a string of awards at ralliesand displays,  including First in Class, Finest Competition Ferrari, and Best of Show honors. Chassis 09063 is among the most sought-after Ferrari GT cars. Not only is 09063 a rare and significant competition Ferrari, it also possesses an impressive racing history associated with the legendary Pedro Rodríguez. In 2018, it was estimated to be worth 12-14 million by Gooding & Company.