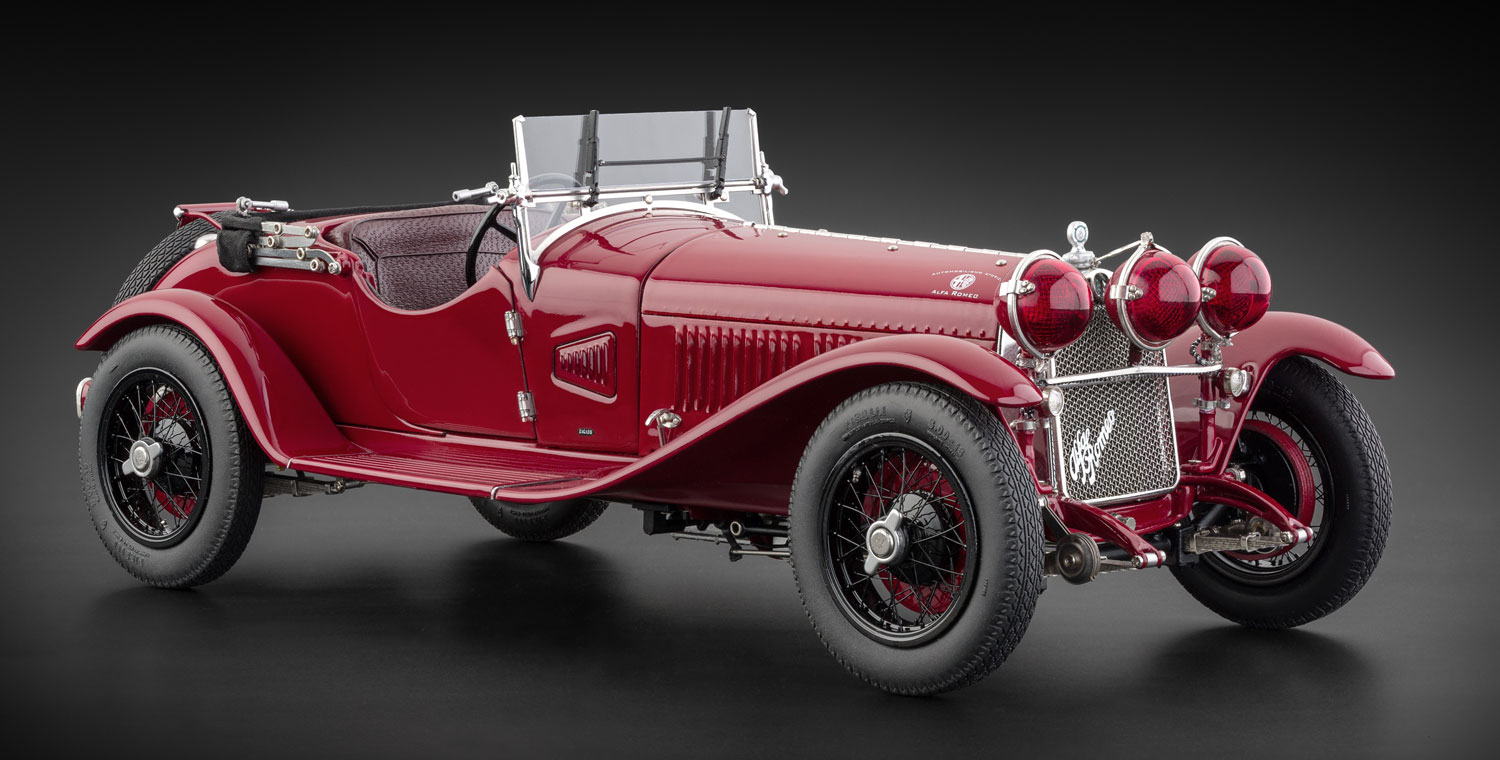 The 1930 Gran Sport was the most fascinating and successful car of the Alfa Romeo 6C 1750 series. The original vehicle, which we used as a source for our high-end replica, is located in the Alfa Romeo museum Storico in Arese, Italy. The famous coachbuilder Zagato was responsible for the extraordinary design of this Spyder.

In the 1930s, Alfa Romeo still didn’t produce their own bodyworks, but they bought: In the case of the 6C 1750 GS, the body came from the coachbuilder Zagato. This turned out to be a good choice, because again Zagato did a great job with his distinctive design language. The four-meter-long car had two spare wheels that were stowed in a rear well. In the event of bad weather, a textile top offered emergency cover or protection against rain. A striking feature of this car was the removable red plastic covers on the three headlights, which were intended to improve the aerodynamics of the vehicle.

The 1750 GS was powered by a 6-cylinder in-line engine that Vitorio Jano, the brilliant chief engineer of Alfa Romeo, had developed. It generated a remarkable 85 hp at 4500 rpm. Several factory race cars had their cylinder heads welded (testa fissa) so that they could rev up to 5000 rpm, yielding a magnificent output of 102 hp. Whether equipped with 85 or 102 hp, the Gran Sport excelled. Owing to a low total weight of 920 kg and a reduced wheelbase of 2745 mm that improved its handling dramadically, the Gran Sport became the most famous Alfa Romeo of the time. Numerous important victories all over Europe, as in the 1930 and 1931 Mille Miglia and the wet race of the Irish Tourist Trophy — to name just a few — made it the undisputed dominator of that racing era. Only the rigorous endurance race of the 24 Hours of Le Mans proved to be too much for the 6C 1750 GS.