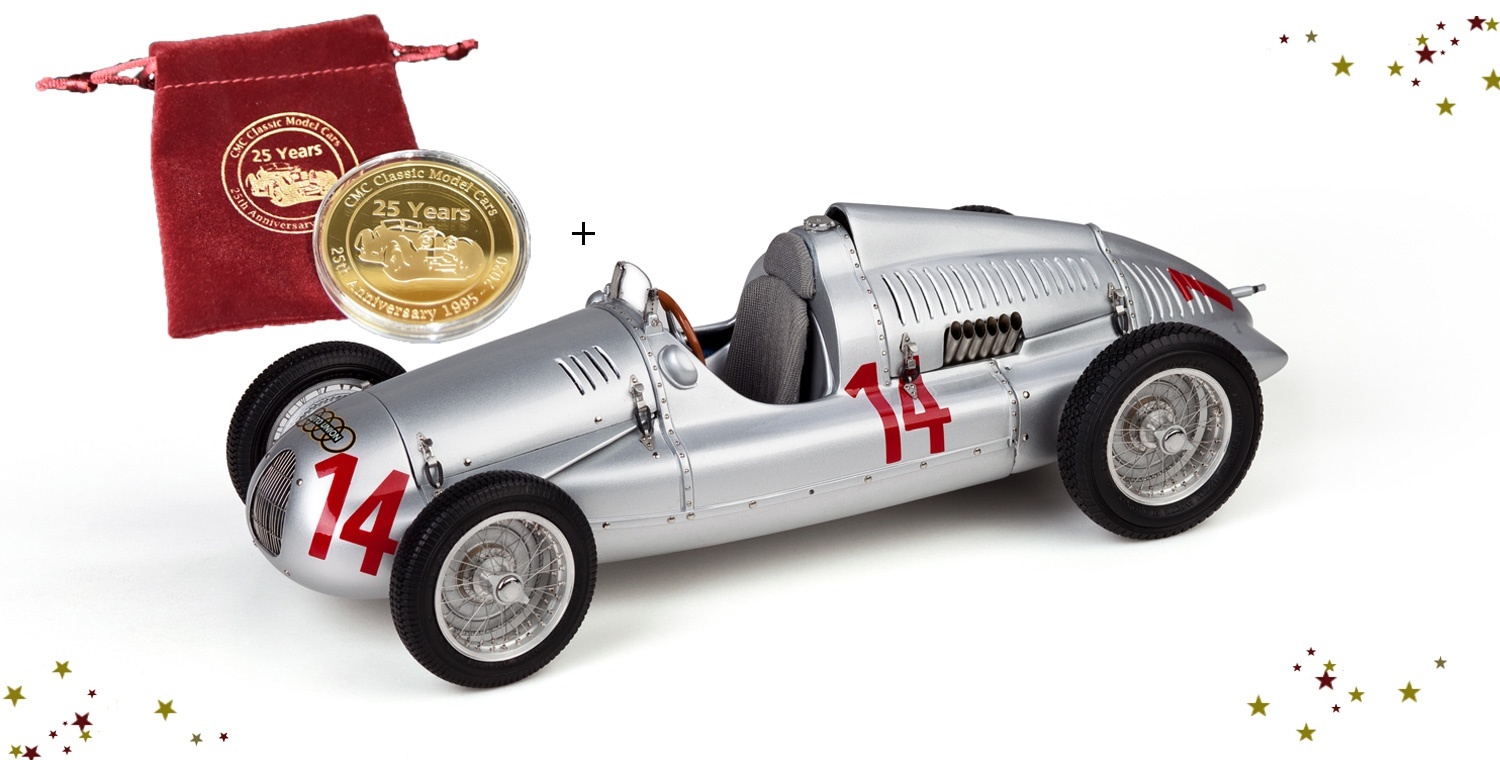 Together with this beautiful model you get from us without invoicing the gold plated CMC 25th anniversary coin (Ø 60mm) in addition- because it´s Christmas time.

The long-lasting rivalry between Auto Union and Mercedes-Benz continued also in 1939. The Auto Union 12-cylinder Type D was ready to match the Mercedes-Benz W 154. A true triumph for the Auto Union racing team and a desaster for Mercedes was the French Grand Prix on July 9, 1939. Hermann Paul, called H.P., Müller won a sensational victory in his Auto Union Type D with starting number 12. It was the first GP championship in his career. His teammate Georg “Schorsch” Meier finished second with starting number 14, thus securing a double victory for The Four Rings. None of the Mercedes saw the checked flag, due to technical problems. CMC recreates both winning cars as an edition limited to 1,500 models worldwide.

This model is already sold out from us for a long time. However, we have succeeded in obtaining a small quantity from our manufactory for this Christmas campaign. So do not wait too long!